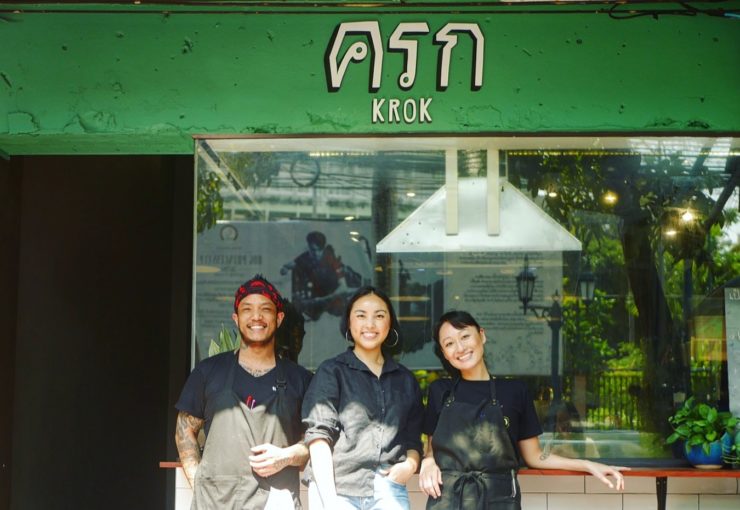 It’s not new or particularly a current thing to have Michelin-restaurant chefs and fine dining restaurateurs expanding their business to access mainstream markets and casual-fying their cuisines but Bangkok has seen a steady trend over the past 5 years.

The people behind the Thai fine dining institution Issaya Siamese Club and the more recent, Saawaan (1 Michelin star), opened a Phat Thai restaurant in 2016, known as “Baan Phadthai”, Chef Bo and Dylan of Bo.lan (1 Michelin Star) opened “Err” by the Bangkok riverside in 2015, which they most recently expanded the brand to Phuket in 2019. Another power couple behind Il Fumo, Vesper Bar, and partners at 80/20 Bangkok (1 Michelin Star) Bangkok launched “La Dotta”, a chain of pasta bars in Bangkok in 2017.

Chef Andy Yang of Table 38 (1 Michelin Star) and the infamous “ผัดไทยไฟทะลุ  Pad Thai Fai Ta Lu” brought his unique style of Phat Thai to Bangkok in 2018, after his Thai bistro Rhong Tiam in the U.S won a Michelin Star in 2010. Pad Thai Fai Ta Lu is also rumoured to open a new branch closer to CBD this year.

Krok is the brainchild of the married Chef couple Saki and Joe, who with the help of a dear friend, Khun Pornpatima “Wa” Saekhow, opened a 12 seats casual restaurant independant of their 80/20 partners to offer a special kind of ‘finer’ street food dining. Unlike the more popular choice of Phat Thai, Krok’s main specialty is “Namprik”.

Namprik is Thailand’s beloved relish or paste which comes in a variety of tastes, mainly consisting of fish, seafood, or vegetable bases which is pounded aka “pok pok” with various herbs and spices in a Krok (mortar and pestle) to create rich, potent and spicy flavours.

Namprik is often eaten with rice and raw or steamed vegetables. However this isn’t any ordinary Namprik, the chefs have utilised their Michelin-notable skills to create a more modern adaptations of traditional or street food-style Nampriks, using only the freshest ingredients or organic produce available from across Thailand’s regions, to which the chefs personally visit or are in close relationship with the producers and farmers.

Bangkok Foodies visited the team at their location in Charoen Krung near Chinatown, a charming old neighbourhood bustling with office works, neighbourhood locals and backpackers looking for casual and tasty bites during lunch time. After sampling the scrumptious menu, Bangkok Foodies took the opportunity to ‘pok pok’ the brains of Chef Saki and Chef Siripon Suttichote (Sous Chef of 80/20 Bangkok) to find out more about the inspiration behind Krok and all things namprik-y related. 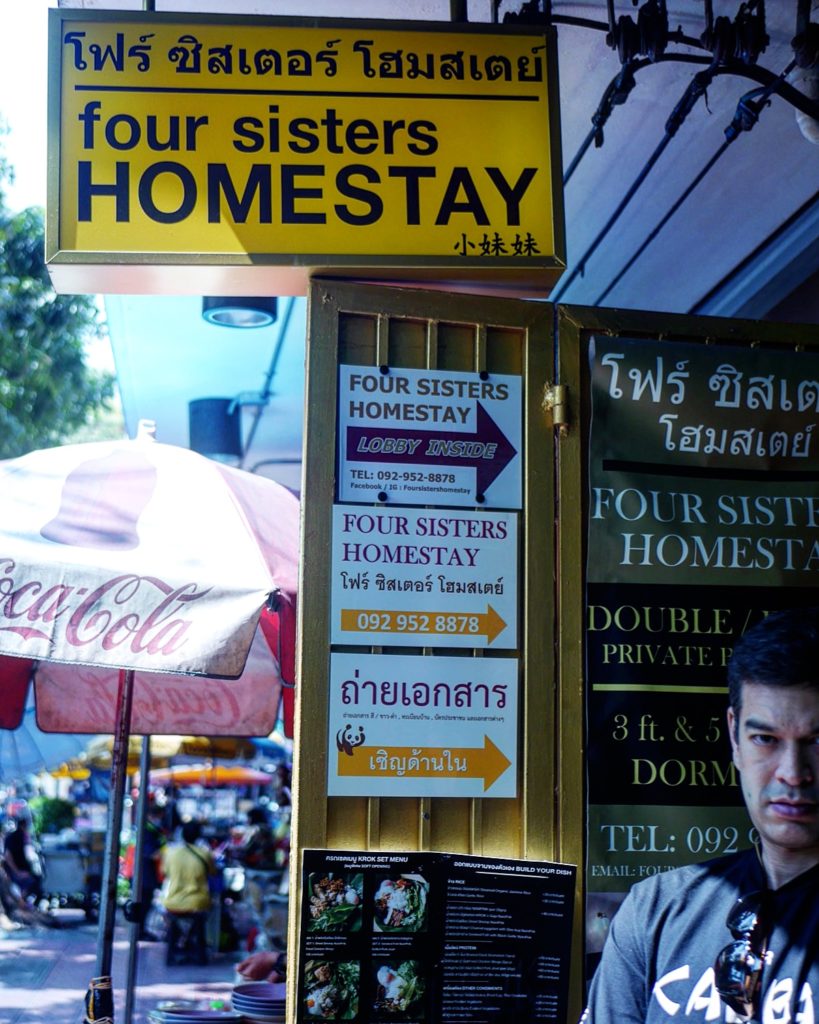 Bangkok Foodies: So I need to ask! Why a Namprik shop?

Chef Saki : We love Namprik (น้ำพริก) . Actually, these recipes are based on Joe’s mother recipes. She came to prepare the recipes before we opened. She used to have a Thai Restaurant plus Joe has been eating these Nanpriks since growing up. We also think Namprik is so underrated. By chance we saw the post on Bangkok Foodies requesting for this style of dish. We were so happy to see this during the preparation of our opening, that people wanted this! 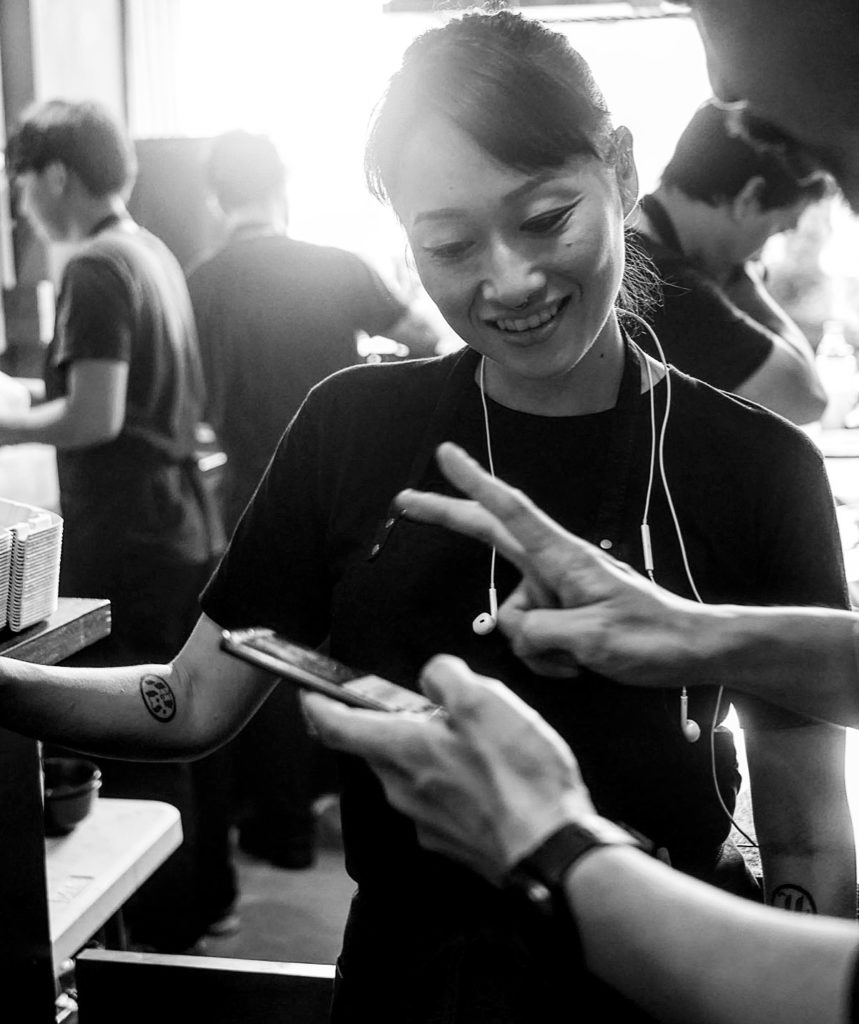 Bangkok Foodies: I have to say that Namprik is something people see as being super Thai. Like “Kapi” (fermented shrimp paste). It’s a bit funky, a bit strong.  But we think what you’re doing is different here, from our perspective 1.Making it’s aspect different, it’s appearance on the plate to be more attractive and 2. Rounding-off the flavours, to be accessible to more people. Is that right?

Chef Saki: Yes! Of course we want to remind people of the traditional Namprik but we create a twist. We use different eggplants, we dehydrate tomatoes to make the tomato Namprik. We use Shio koji (Japanese seasoning made of fermented rice, malt, and salt) to season the eggplant Namprik. So we just don’t use ton of fish sauce to season, and we use techniques that we use at 80/20 here too. So it is a kind of a modern Namprik.

Bangkok Foodies: For someone who has never been here, How would you describe the difference between Krok and 80/20 and what you’re doing here at Krok.

Chef Saki: Right now 80/20 we only do fine dining, tasting menu. Not many people can come all the time because compared to an ‘a la carte’, maybe you can come every month. Here, I think we focus on good food that doesn’t have to be expensive for people. We can be accessible to everybody so that’s why we started this concept. We don’t want to be too expensive but still eat good food; good fish, good pork, good Namprik at a good price.

Bangkok Foodies: But in saying this, for Thai people, do you think that you’re expensive for Namprik? How would you explain it to them why it is not comparable to streetfood Namprik or Foodcourt Namprik?

Chef Saki: For example, we use organic eggs, vegetables. The rice comes from the North East of Thailand, and the fish, we use the same fish with the 80/20. So, Yes. Maybe compared to other Namprik, we might be expensive, but if you think about each ingredient that we use, how we prepare, I think it’s not expensive. 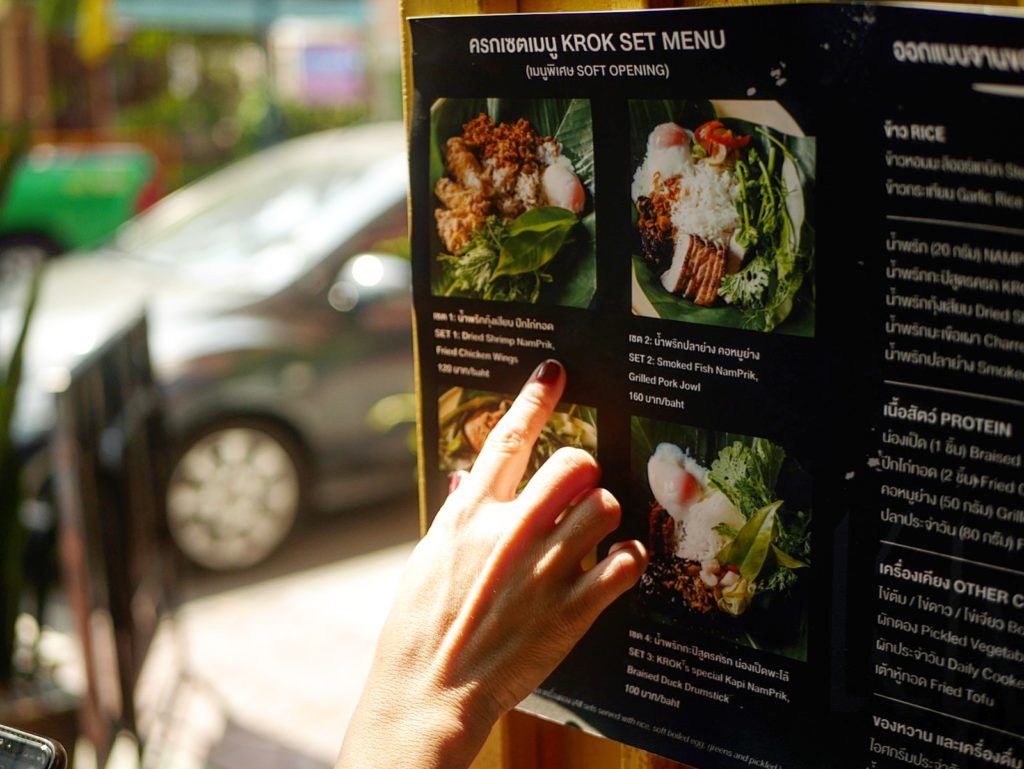 Bangkok Foodies: Can you describe how the set menus work?

Chef Saki: We have four sets with different proteins and different Namprik, and we have Mega Krok with all 4 kinds of Nam Prik. You can build your own plate including different types of rice. Price starts from 100 and up to the Mega Krok, which is less than 300 THB too. Affordable for everyone

Bangkok Foodies: So Chef Siripon, how do you feel personally between cooking at 80/20 and cooking here?

Chef Siripon: For me it’s not much different. We still search for good quality ingredients and we try to be as sustainable as possible. Try to use local farmers, organic farmers, local vegetables, local fishermen. Our fish comes from Chumphon (ชุมพร) so I have this guy that goes to the fish market in the morning and I will ask what’s fresh and he will send it through the night and I go to pick it up at the Hua Lamphong train station. The rice we use is also organic from Yasothon (ยโสธร) Isan.

Bangkok Foodies: So you have the direct contact from farm to the restaurant basically?

Bangkok Foodies: Chef Siripon, Is there any recipe here that you have taken part of?

Chef Siripon: Mainly this all from chef Joe and we kinda develop it together. I pretty much adjust it to add more chilli. So what we do with chilli is we “pok pok” it everyday to get that fresh chilli taste so we will have a little batch and then we will wrap that pok pok fresh chilli with the lime and the chilli paste everyday.

Bangkok Foodies: I want to ask about the Kapi. Normally, when you have the street style Kapi, it’s strong and watery but with this one at Krok, the texture is quite creamy. So what makes the difference?

Chef Siripon: We take the fresh Kapi and the grill with the banana leaf to dry it out so it is less watery. We also have some peanuts in it as well to add creaminess and we also use palm sugar that has a nice gooey texture, better than the white sugar and we also add some chilli, garlic and a little bit of lime juice at the end. So it’s not like a traditional Kapi. 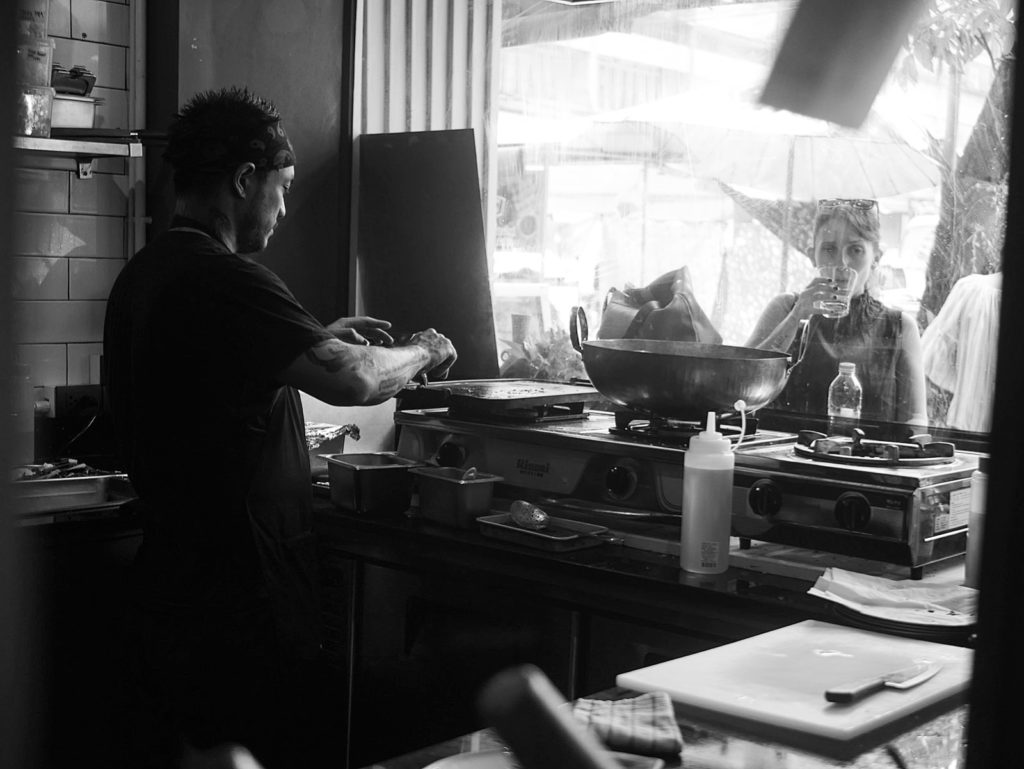 Bangkok Foodies: How about the wing bean and the other vegetables? Typically when we have Kapi the vegetables are raw or boiled/steamed, but your vegetables have a great texture, do you blanch them?

Chef Siripon: Yes, We blanch it a little bit to not get the “men kiew” (strong green vegetable smell) / เหม็นเขียว)…e specially this one is from an organic farm in Suphanburi that is all-natural.

Bangkok Foodies: I like the way you blanch it. Because it is soft but it has a bite, and a bit crunchy, and that is because the quality of the organic vegetables? 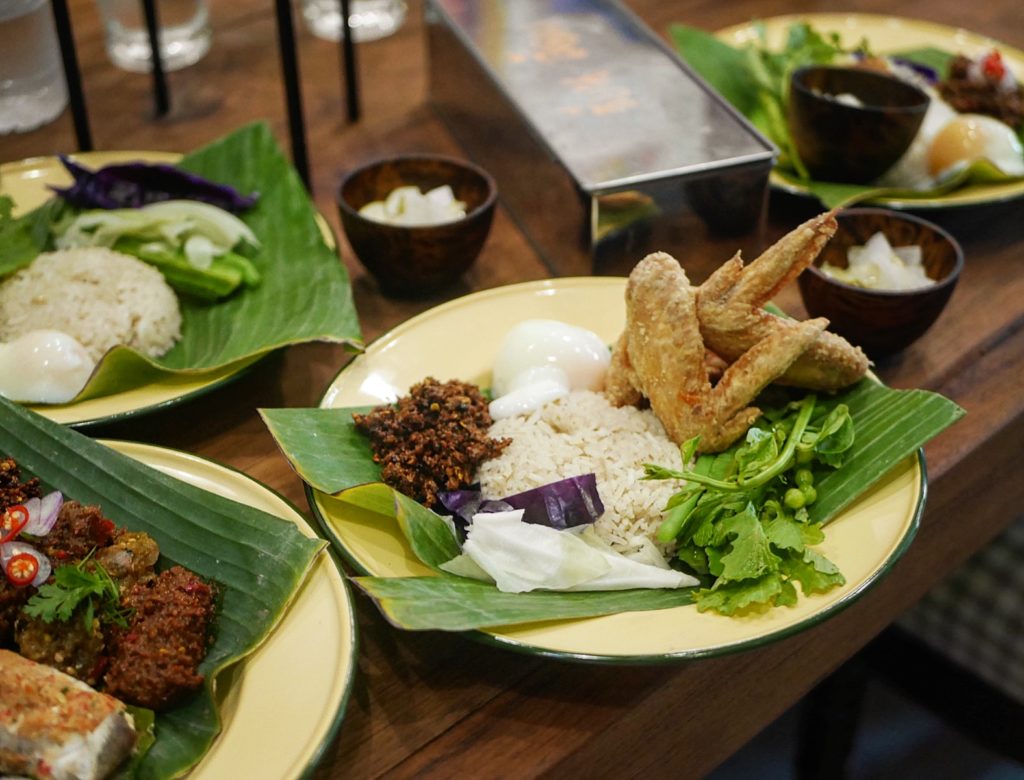 Chef Siripon: Yes, and this one in Thai we called Pak Kad Hin (ผักกาดหิ่น) and in Isan it called Soy (สร้อย). There’s no perfect translation but it tastes like wasabi so we call it “Wasabi Leaf”.

Bangkok Foodies: Can you tell me more about the housemade pickles?

Chef Siripon: Sometimes you have pickles ,cabbage or something else to eat with Namprik. For me personally I find it too funky to go with the street food Namprik. This one is more refreshing. 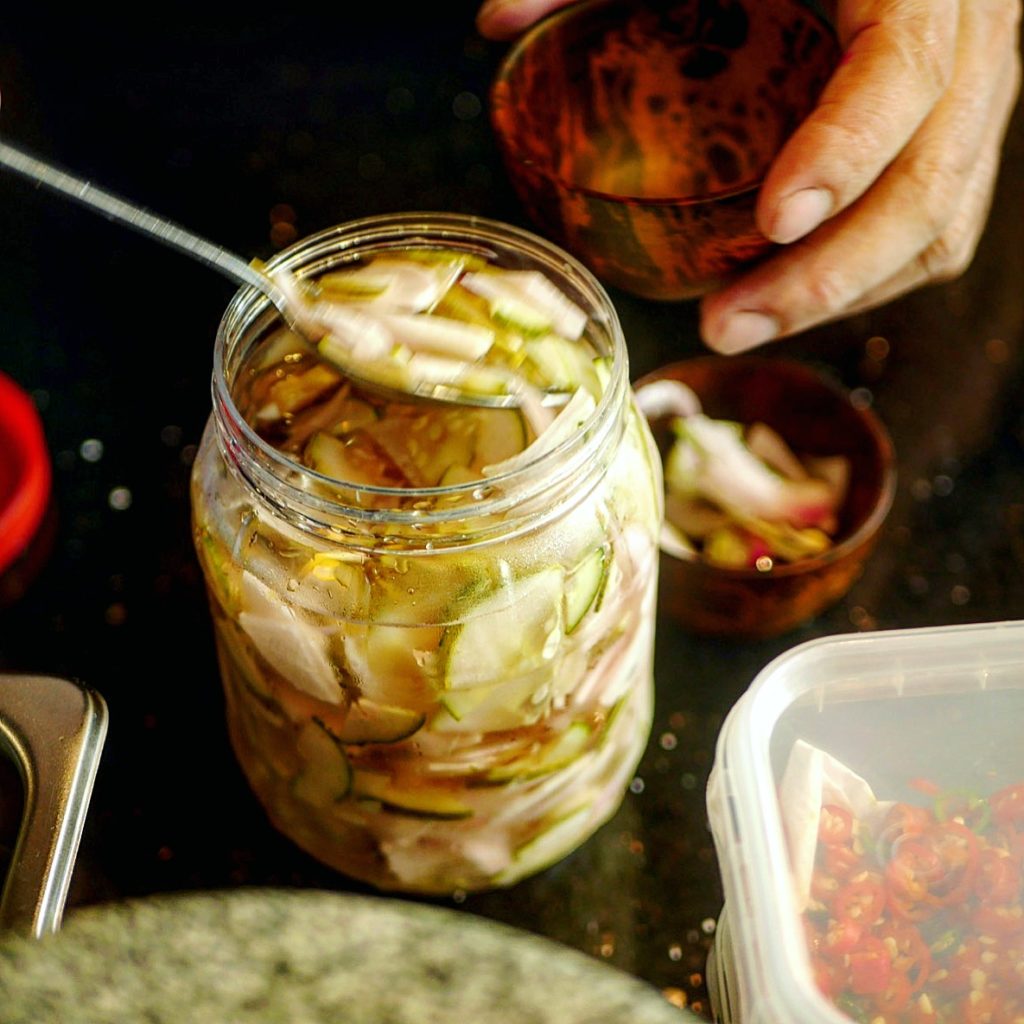 Bangkok Foodies: Chef Saki, at the moment, who is the majority of your diners?

Bangkok Foodies: And why this area?

Saki: We actually used to live right around this corner so we’re really familiar with this place and 80/20 is super close so it’s easy for us to manage. We have more projects coming up with these guys. So those projects would be around here as well.

Chef Saki: Yes, easygoing like this. Not fine dining. 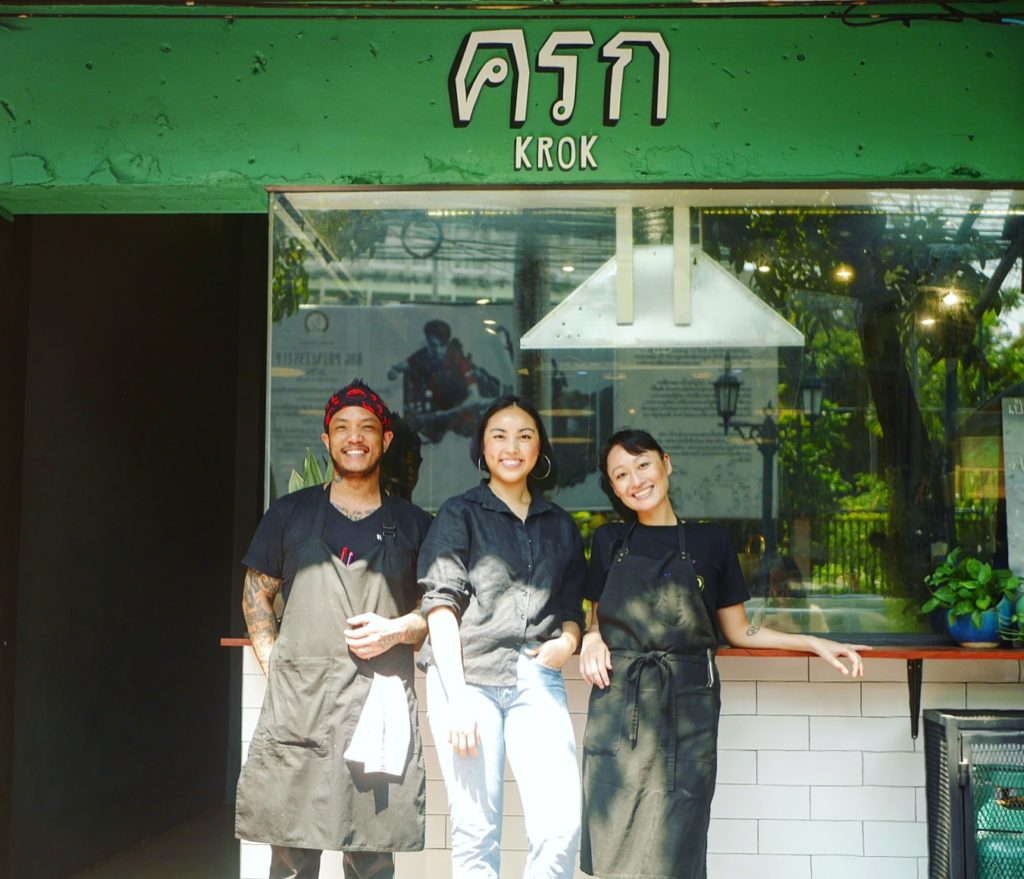 Bangkok Foodies: How did this happen? Did Khun Wa approach you or you were friends already?

Chef Saki: Khun Wa was always good friends with us. We were talking about this project and we told her about our idea, what we wanted to do, and she was like, I’m interested and have eaten your Namprik before and I believe in this, so she joined us!

Bangkok Foodies: How long have you been planning this?

Bangkok Foodies: How much did you change the restaurant design and setting?

Chef Saki: Not much. The kitchen is always like this. We just put more equipment inside, and the dining area, we change the colour here and there but not too much. 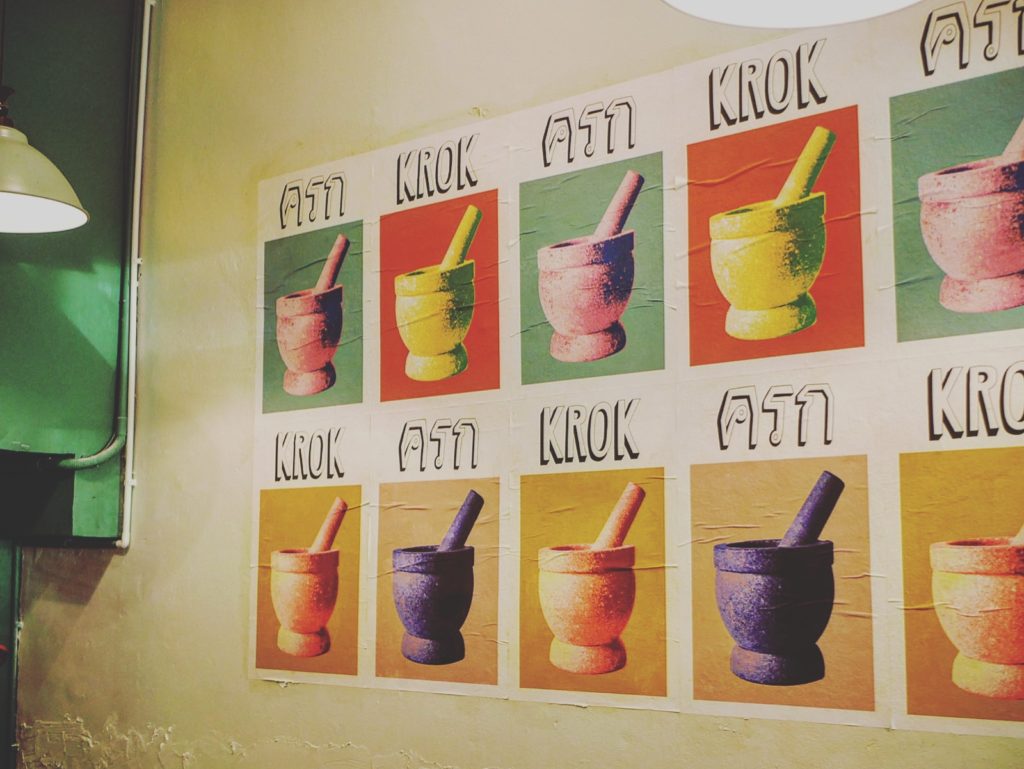 Bangkok Foodies: We loved the Kor Moo Yang (คอหมูย่าง). It’s very caramelised with a deep char. How did you achieve both of that?

Chef Saki: We use the fish sauce caramel to make it kinda sweet caramelised. And then we sear at the end to make it crunchy and caramelised outside but still juicy inside.

Bangkok Foodies: Also about the crispy chicken. Normally when we have Kai Tod (ไก่ทอด) it’s super seasoned and strong in taste. This one is really light. Is that on purpose to highlight the Namprik?

Chef Saki: Yes Exactly, We use some Thai garlic, coriander roots to brine the chicken and we use the rice flour to fry the chicken so that’s why it’s kinda light.

Bangkok Foodies: The crispy Namprik, for us it’s not so spicy and there’s a little bit of nuttiness. What is that?

Chef Saki: The dry shrimp one right? We use a lot of nuts, and the dried shrimp, dried chilli, fried garlic, fried shallot, dry it again and then we mix it together.

Bangkok Foodies: It’s not traditional to us. It’s new. So your intention is really not only to create old skool Namprik?

Chef Saki: Yes. Same with the 80/20. We don’t make Kaeng Keaw Wan (Green Curry) or Pad Thai but we twist all the dishes based on the traditional recipes or Thai cuisine, and we’re doing the same thing here.

Bangkok Foodies: Lastly, Chef Saki, we want to say that your ice creams are amazing. We like that it’s not too sweet and gently flavoured. 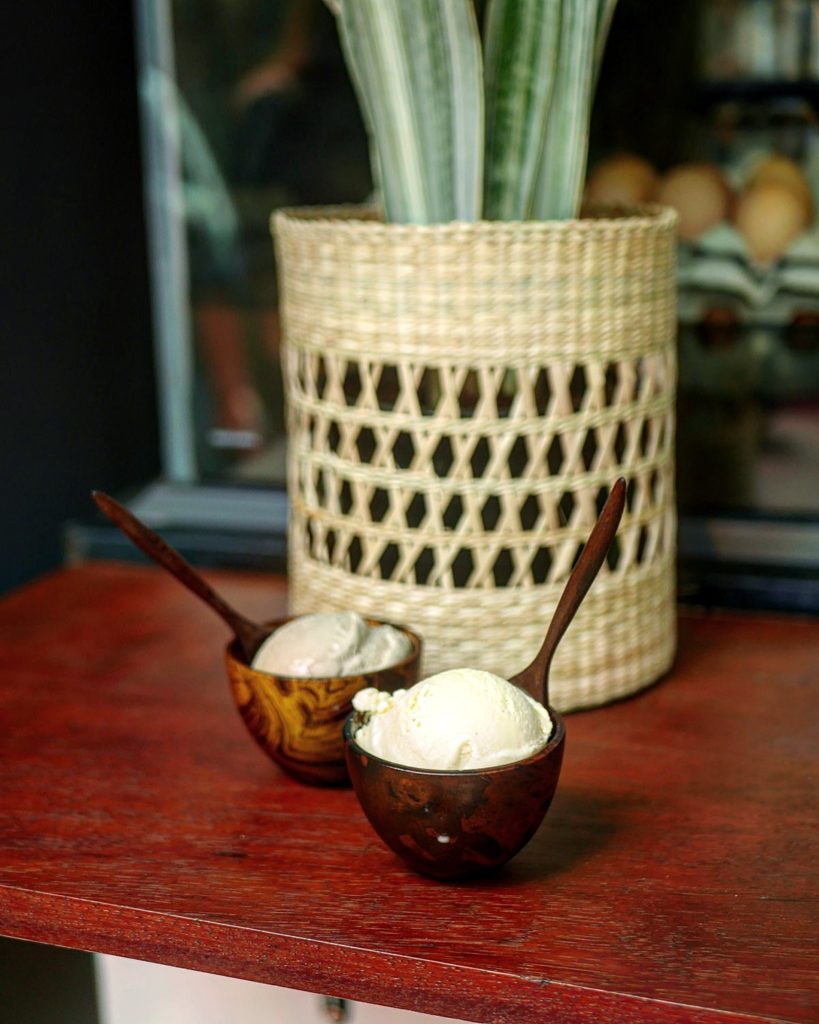