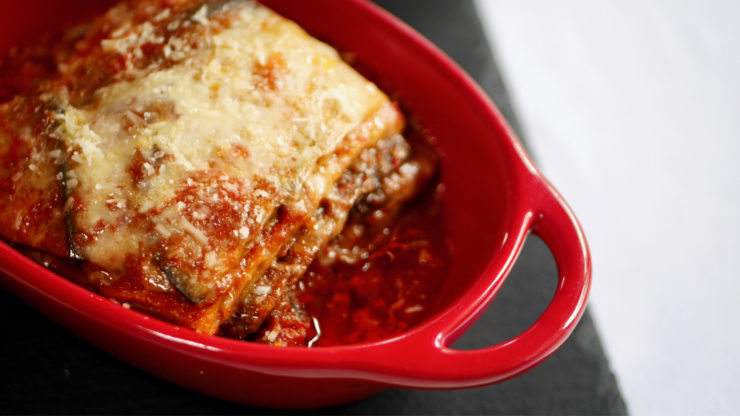 There has been a long debate on whether gluten allergy is a legitimate ‘allergy’. Netizens on multiple forums expressed that it’s a myth invented by food companies lobbying the ailment through consumer’s fear and insecurities of health conditions, not dissimilar to the pasteurised vs non-pasteurised ‘conspiracy’.

Dr Chauncey Crandall had said on a world-renowned Cardiologist and author had stated on his website, “There are people who need to stay away from gluten, but, for most of us, paying more for gluten-free foods, or going out of our way to buy them, is just another food scam”. Yet according to those who are suffering from mild to severe wheat allergies confirm their condition is more than real and the gluten-free industry certainly no hoax.

We dug a little deeper to discover, there are a few legitimate reactions caused by wheat products. Yes, one is a wheat allergy, the other one is gluten intolerance and the final and most severe is Coeliac Disease. They are different in a sense, while both gluten intolerance and Coeliac Disease are triggered solely by gluten but wheat allergy, the trigger of the symptoms is proteins from the wheat (albumin, globulin, gliadin and gluten) — yes, wheat has proteins — which force people of wheat allergy to avoid eating wheat products at all-cost, not just the gluten.

Francesco Lenzi, Chef and Owner of Lenzi Tuscan Kitchen, had said of those people who requested gluten-free items that came to his restaurant, “I hope they are allergic because the result in cooking it’s not great. I always suggest a nice risotto. Plus gluten-free products contain higher heavy metals (Zinc, Copper, Iron, Calcium, Manganese etc.),” He continues, “The point is that for having a nice creamy pasta we need the gluten, gluten plus sauce plus extra virgin olive oil or butter make the sauce to be ‘creamy’

Chef Stefano Borra, Head Chef of Enoteca Bangkok, response to gluten-free customers at the restaurant was, “Fortunately here it doesn’t happen, in Italy often…I think few people are really allergic, the rest is a trend.”

But according to Karin Lohitnavy, Founder of MIDAS-PR Public Relations, who was long-diagnosed with Coeliac Disease had said of her condition, “It’s not easy because the Coeliac disease is very rare in Thais so first there is no understanding that this is a serious condition that can lead to life-threatening health issues. People tend to think it’s a trend because they heard that some celebrities eat gluten-free.”

Although those three reactions share some similar symptoms such as nausea, abdominal pain, diarrhoea but they have differences. Gluten intolerance and Coeliac Disease cause muscle and joint pain, and tiredness. Wheat allergy and gluten intolerance cause headaches. The fact that they share similar symptoms, is the reason why you should see the doctor for a check-up because Coeliac Disease causes you malnutrition and wheat allergy may even cause death.

Karin had noted about the local gluten-free offerings in restaurants, “Very few restaurants train their staff to properly grasp what gluten intolerance is so I get all sorts of reactions like: so you can’t have dairy, onions or other totally unrelated foods which is unnerving and makes ordering food painful. Or it can be the total opposite and I get served hospital food as a result, which is not the experience you want in a restaurant. This is one of the reasons I generally prefer eating in because I know I can do better myself,”

But for those who already know, finding places to eat or buy groceries with gluten-free options and something substitute for wheat is rather difficult but don’t worry, there are places Bangkok Foodies would like to recommend.

It appears that L’OLIVA joined the bandwagon. Known for their Abruzzese style pasta called ‘pasta alla chitarra’, this stylish Italian restaurant recently announced that they will be serving gluten-free options for spaghetti and penne from now. Since the demand is growing for either the number of people who are diagnosed with actual medical conditions are growing and those who enforce the diet to follow the trend, it is their duty to keep their customers happy and well-fed, and it appears the gluten-free pasta eg. Parmigiana Di Melanzane, Penne Arrabiatta, and Pasta L’Oliava are already a hit!

One of the famous pizza places in town, Pizza Massilia, provides a gluten-free option for pizza lovers, who serve up gluten-free pizza flavours like Burrata & Culatello Pizza, Eggplant & Burrata Pizza, Mortadella & Pistachio Pizza, Margarita Pizza and Bufalina Pizza. This gourmet pizza joint opened its first branch on Soi Ruam Rudee in 2015 and later, the second branch on Sukhumvit. The restaurant is a combined force of Chef Luca Appino from La Bottega di Luca and Fred Meyer from Issaya Siamese Club. We can suppose with this kind of experience behind, they must be an institution which understands the market.

When it comes to Risotto, made from rice, not from gluten, Chef Francesco Lenzi is locally-famous for being very attentive to his customers’ meal. Coeliacs out there should try his signature Risotto ai crostacei, with raw red prawns from Sicily and Risotto with Taleggio cheese, truffle emulsion and fresh black truffle at Lenzi’s Tuscan Kitchen, a Michelin Guide restaurant, located at Soi Ruam Ruedi 2, Wireless Road, Lumpini.

BareFood Bangkok is a place where vegans go for expertise in vegan cheese and other plant-based products, they also supply a fair share of gluten-free products such as vegan cheese and vegan banana bread. Barefood Bangkok’s co-owner, Taksina Nuangsri-Anttila welcomes veganism, and along with her business partner, Edoardo Bonavolta, hopes their vegan-friendly grocery will be a comfortable place for people seeking out vegan items without having to resort to tasteless and boring substitutes.

If you are bakery lovers who are either vegan or have an issue with gluten, you can still enjoy bread; especially Buckwheat Dark Bread and Sundried Tomato Bread; and focaccia; Sourdough Sea Salt Rosemary Foccacia and Sourdough Olive Thyme Foccacia from Bake the Sprout. Other than using 100% whole wheat flour, this vegan bakery also uses sprout wheat for their products. This bakery makes everything from scratch, from milling their own flour to making their own jams, toppings and fillings. Bake the Sprout is located on Ekamai 18 and they bake fresh to order.

Another pizza institution in Bangkok with gluten-free options is Pizza Pala Romana, located between MRT Sukhumvit Station and BTS Asoke Station, in front of exits number 3 of both stations. This restaurant also creates Roman-style pizzas. Pasta is one of their primary ingredients and at Pizza Pala Romana, they replace regular pasta with gluten-free pasta by request which comes at a cost of 30THB extra.

Gluten isn’t only present in bread and pasta. Processed meat like sausages, bologna etc. could contain gluten as well. Not Just Meat Bangkok is a grocery owned by an Anglo-Thai family that sells gluten-free sausage. Although they do not have many selections on gluten-free options, sausages are certainly a great start.

The local Thai industry may be less inclined to understand the condition and consequences of gluten as Asian genetics are less susceptible to gluten reactions,  but for Caucasians. According to Dr Joseph Murray, Coeliac Disease is a very common disease, within 1 out of 100 Anglo-Saxon Americans born with the condition.

However, the number of restaurants and groceries providing gluten-free options in Bangkok have slowly risen since there have been a relatively high number of foreigners residing in Thailand (admittedly less these days due to COVID-19), but it’s clear, whether or not it’s a fad or trend have an infliction in order to bring attention to oneself, it’s best not to take the chance when it comes to customer’s health.

Moreover, why not open the doors and open the market to those who are intolerant? Karin concludes the debate with, “Restaurants are missing out on a very important market, perhaps less now with the lack of tourism. There are around 10% of Caucasians with Coeliac Disease and more people with gluten sensitivity if restaurants catered properly to people like me they would have faithful customers who are more interested in the quality of the food they consume rather than the price point which makes better patrons for these establishments.”