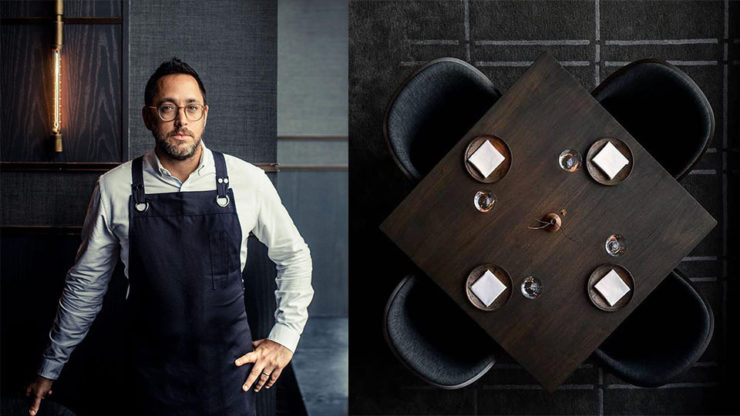 Ensue Shenzhen, a new and only-existing “Cali-Cantonese” restaurant launched with a grand opening on 12th August 2019. The restaurant will serve five- and nine-course tasting menus meshing Northern California farm-to-table culture and techniques with Southern Chinese tastes and ingredients together.

This unlikely culinary union could give China’s gastronomy industry an additional vibrancy and unique edge. Restaurants in China, especially Shenzhen, are by-large, focused on traditional Asian cuisine.  If it is foreign, fine dining stays relatively safe with classic Italian, Thai, French, with little fusion or much in between.

Ricky Li, a 26-year-old whose family owns a Chinese investment firm the Dingyi Group, is the visionary behind Ensue, a restaurant at the top of Futian Shangri-La Hotel in Shenzhen.

The three-Michelin-starred-experienced Chef Christopher Kostow was the force behind The Restaurant at Meadowood in St. Helena, California, and appointed to take care of this exciting new project.

“They’re more similar in point of view than I realized,” he told the Wall Street Journal. “Ingredients and simplicity are drivers of both cuisines.”

A Chicago native, Chef Kostow graduated from Hamilton College with a degree in philosophy before moving to the kitchen. He has cooked with celebrated chefs such as Trey Foshee of George’s at the Cove in San Diego, Campton Place in San Francisco with Daniel Humm and Le Jardin des Sens in Montpellier, France. After earning two Michelin stars at Chez TJ in Mountain View, Kostow arrived at The Restaurant at Meadowood in 2008. He has since been chosen as one of Food & Wine Magazine’s Best New Chefs in 2009 and holds an award from the James Beard Foundation for Best Chef: Pacific 2013.

“There is the perception of Western food as being very French,” he told Robb Report. “But we’re doing things like water turtle soup that in our minds are pretty respectful of local traditions and yet are very much in our style. I don’t know yet if the diners there understand that degree of nuance; they just don’t have the frame of reference yet. That’s something we also need to be mindful of—how they perceive what Western food is, what their expectations are.”

Agnes Chee, a food critic and cookbook author was recruited as Chef Kostow’s Consultant to help him understand regional ingredients and the local palate. He has even taken the advice of Feng Shui and Chinese numerological masters. His sous chef, Sean Yue, is a native of Shenzhen.

The subtle yet sophisticated, Californian-way of cooking that Kostow is famous for has been a challenge to translate but as wealthy and well-travelled Chinese diners look forward to their fine dining experiences to be that of something with more variety, adding modern Western touches, is where Ensue has begun to step in.