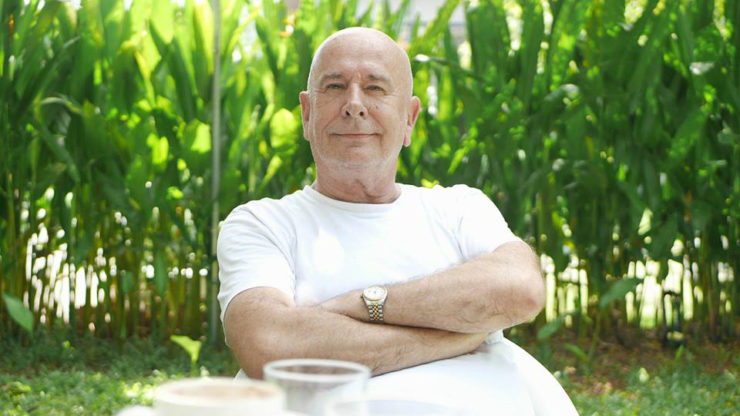 Conkey’s Bakery, well known by Michael Conkey, the suave man himself, were one of the first of a handful shops  at the Farmers Markets that eventually opened their own Western/European artisan bakery in Bangkok. For several years, he has been running his bakery from a tucked away location in Ekamai, where he often holds regular picnics and markets on the grassy lawn.

Conkey’s Bakery wedges itself in a nice little niche by making baguettes and sausage rolls to the somewhat Western bakery-shy public. But now that market ain’t so niche anymore since the bakery will open a second branch on Sukhumvit Soi 49 and plans to open more in the near future.

Look behind there. Something is coming …..

The new bakery is literally a hole in the wall (albeit a beautiful one), cleverly positioned behind Starbucks at 49 Terrace, across from The Hive coworking space, between Villa Market and Fuji Supermarket. We already foresee his Expat and Japanese fan-base clammering up for warm, fluffy and not-too-sweet Pain Au Chocolat and Baguettes that are beautifully crisp yet won’t tear the roof of your mouth. Yay!

There’s even an outside terrace if you like to sit and chill as Conkey eventually plans to provide morning coffee and some bready lunchtime indulgences. But you’ll still have to wait a little longer, and as we always say, “Watch this space!” www.bangkokfoodies.com