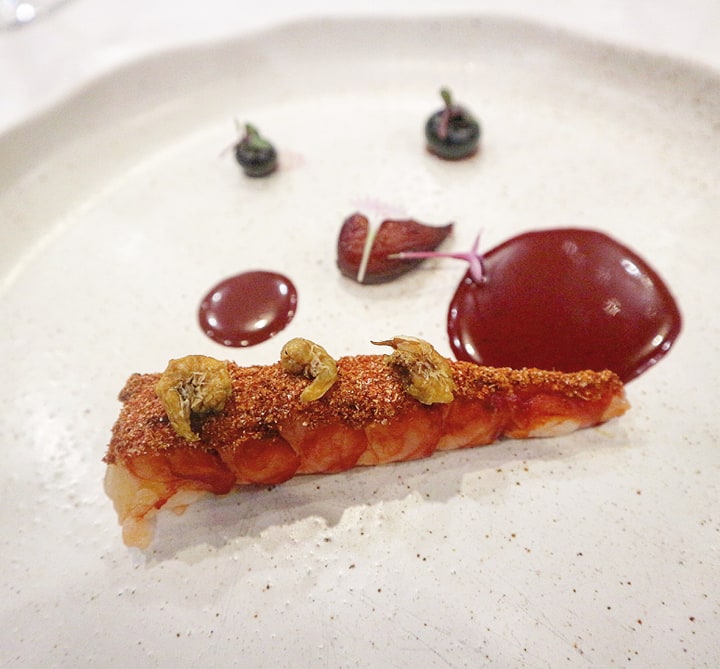 No Clowning Around – Chiang Mai Foodies

No Clowning Around – Chiang Mai Foodies

Chiang Mai Foodies Talks to Chef Anthony Genovese of II Pagliaccio Before Serving His First Dinner in the Shangri La Chiang Mai for a Pop-Up Event from 24th to 28th July 2019.

The chef of Rome’s trail-blazing Il Pagliaccio returns to Chiang Mai for the first time in over twenty years. In a conversation with Chiang Mai Foodies before serving his first dinner in the Shangri La Chiang Mai where he will be making a guest appearance from July 24 to 28, he talked about identity and inspiration and what it takes to capture that elusive third star.

Chef Anthony Genovese called his restaurant Il Pagliaccio, The Clown in Italian, a nod both to a painting by his mother that she gave to his late father that now hangs in his two-star Michelin restaurant in Rome, and to his “show-must-go-on” attitude to cooking, no matter what’s going on backstage. “I was just in the kitchen, sweating!” he exclaims, pointing over his shoulder. “Now I’m here saying ‘Hi, guys!’ That’s what Il Pagliaccio means.”

The restaurant opened in 2003, but culinarily conservative Rome didn’t immediately warm to his unique blend of French, Italian and Asian inspiration. “I was on my own. There were two of us in the kitchen and two for service. [He had] no money.” But in 2006 a star changed all that. “Thank God we received that Michelin,” he laughs as reminisces about his first star.

In 2009, the restaurant won its second star, a ranking it has kept ever since. “The second star was a big surprise. We never expected that.”

“It’s an amazing emotion,” Chef Anthony said about being recognized by the Michelin Guide.  “[It means that] you belong. And that’s important.” He keeps things in perspective however. “We’re not working only for the Michelin. You have to stay humble.” He pauses. “But I was very proud when I received the second star.”

What would it take to get that to go from two to three stars? “Ask them!” grins Chef Anthony before turning more serious. “I don’t know what it means, three Michelin stars. Emotion? Perfection? Consistency throughout the year?”

Michelin aside, coming to Thailand is something of a creative homecoming for Chef Anthony. He traveled around Thailand and Malaysia and also was part of a team that opened an Italian restaurant in Tokyo in the 1990s. That time in Asia shaped his cooking. What does he remember about his first trip to Thailand? “In French you say coup de foudre”— love at first sight —  “and I was in love straight away. I love Thai food so much.”

He talked more about his own background. “I was born France and I grew up in France but I don’t feel French.” His parents immigrated to France from Calabria in the south of Italy and were not always made to feel welcome. He has always embraced Italy as his true homeland. “I love France but my heart is not French” though he admits that “My accent is French” whether he’s speaking English or Italian. He moved to Italy in 1990 to pursue his love of Italian cuisine, at a time when France was the center of the gastronomic world.

But it was in Asia that he discovered the unique edge that persists in his food today and the menu he has devised for his stint at the Shangri La. “You will see who I am. I grew up in France. I’m Italian. But there is also a touch of Asian.” Just don’t call it fusion food. “I hate that word!” He explains that in Italy people tell him “You’re unique. Only you are able to mix these kinds of spices or raw fish or almost raw vegetables.”

Chiang Mai Foodies was lucky to preview Chef Anthony’s dinner menu. And abridged version of the same menu is served at lunch.

The meal started off with a selection of amuse-bouche: a crisp pocket filled with aubergine purée, a tartlet of salmon with a tofu cream and salmon reduction, and a crystal-clear apricot consommé infused with lemongrass and kaffir lime leaves.

A dish called The Journey involved lightly cured amberjack, generous shavings of foie gras and fresh longan in a light lychee juice that highlighted the contrasts of sweet and tangy, fatty and lean.

The next dish was shades of red: red prawn, dishes with dried shrimp served with a reduction of red cabbage, beetroot, rose and blueberry nicely offset with a pickled shallot.

Among the stars of the show were the pastas. Colors was the first pasta course: two-sided fettuccine (part  cacao, part cornmeal) tossed with a chanterelle mushroom and olive oil sauce. The name of the beige on brown dish may have been a misnomer, but the pasta was earthy, heady and deliciously more-ish. A winner.

Pasta number two was risone (rice-shaped pasta) with crab meat, a reduction of Negroni (yes, the cocktail!) and a sprinkling of mustard seeds. Creamy with layers of flavor.

Next we were served Thai-grown Bresse chicken but the chef wasn’t satisfied with the texture and will be swapping it for tender free-range chicken for the rest of the run. One of the challenges of pop-ups like this is sourcing the best ingredients locally. (Back in Italy he makes it with guinea fowl.) Imported and local grape leaves wrapped the chicken and a garnish of snails and bulgur wheat in little parcels, a black curry paste that included prunes and black garlic and a boozy custard made of the Italian liqueur Vov. This might have been the one dish that struggled to pull its various elements together.

A buckwheat flour chocolate cake with pecans provided a satisfying finish to the meal.

Chef Anthony Genovese will be cooking July 24-28 at the Shangri La Chiang Mai.