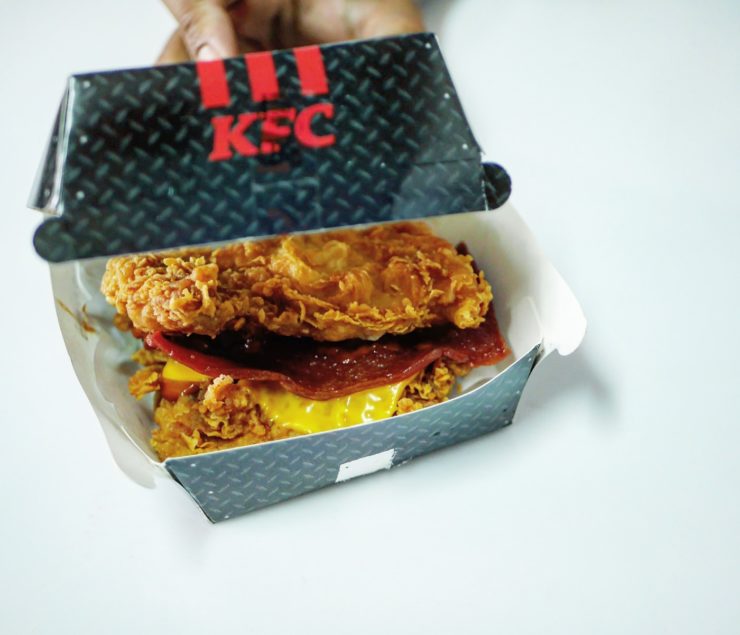 Double Down by KFC Launches in Bangkok, Thailand for a Limited Time Only.

Kentucky Fried Chicken Thailand launches the “Double Down” creation today and it’s already making the rounds on the internet.

Poultry genius or fowl abomination depending on who you ask, the Double Down first appeared in North America in 2010 and over the years has progressively made its way through India, Japan, Singapore, Malaysia, and the Philippines. In true Bangkok style, the trend has finally landed on our shores. Better late than never, right?

So what is this viral marketing genius have KFC offered to junk-addicted Bangkokians? Well, the Double Down is simply a burger-like meal that takes a slice of smoked chicken wedged between two crispy fried KFC chicken filets slathered with My Hot Sauce (shouldn’t that be a triple down?) and cheddar cheese.

Admittedly Bangkok Foodies couldn’t resist to get in on the action and ordered some for the office. KFC tends to be one of the many Thai vices that appears on the conference tables at office birthday parties, beside Pizza Company’s stuffed crusts and bowls of Som Tum. A tradition that’s hard to break (trust me), no matter how hard you try. 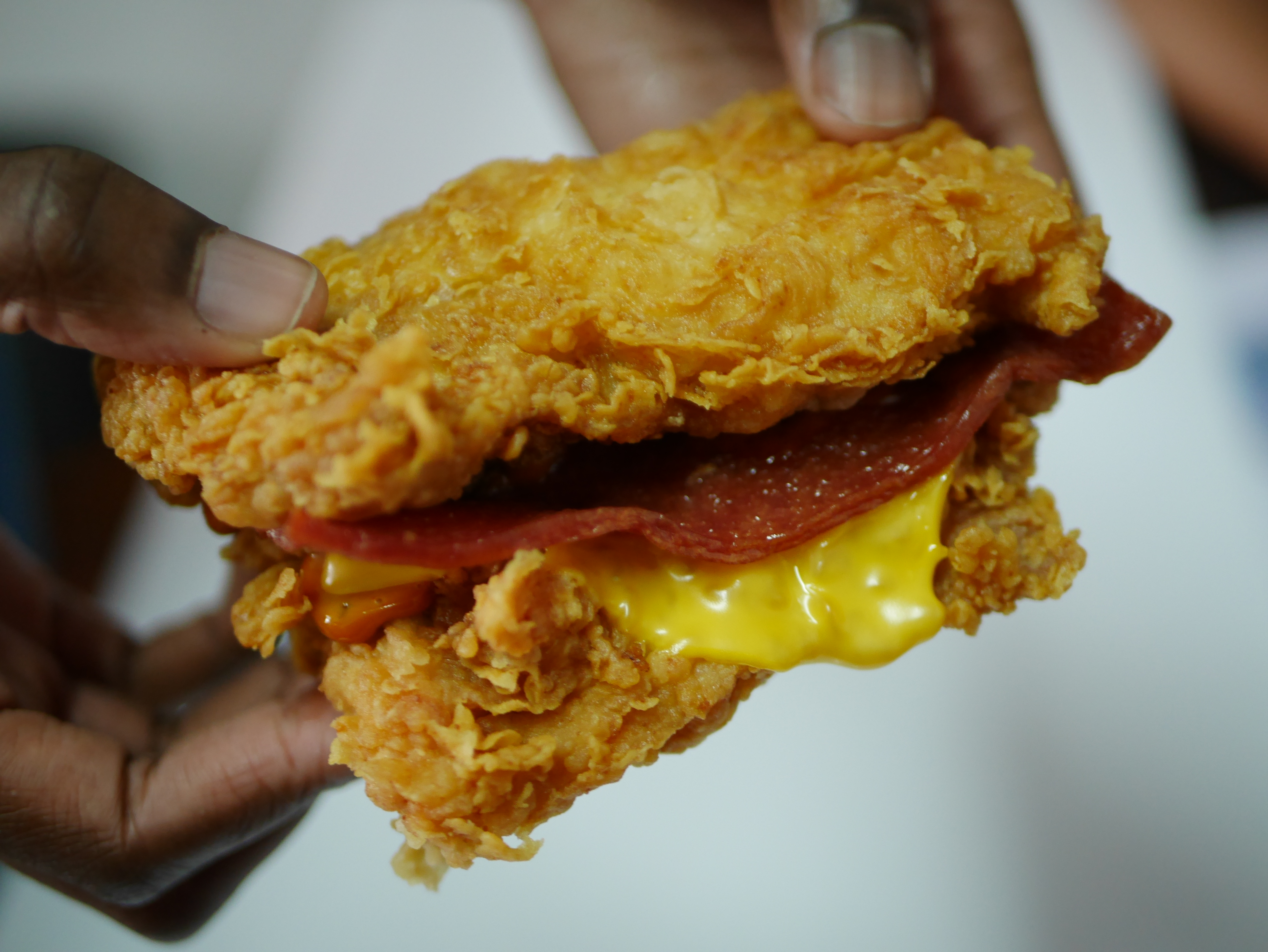 The Double Down is priced at 89 THB and available only until the 26 June 2019, and to keep fast foodies on their toes, KFC are offering the Double Down at only selected branches. Call 1150 to request the closest one near you.