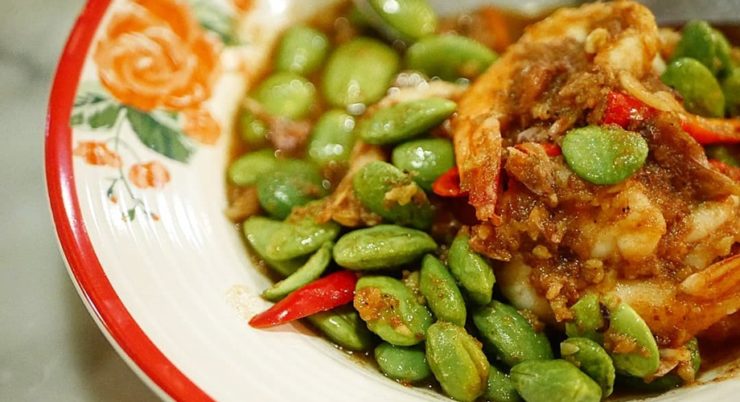 A restaurant in Thonglor that specialises in Southern Cuisine for foodies longing for Phuket plates.

These days, freshness and a good level of authenticity is what people require in Thai food regardless of whatever region it is from. Phuket Town Restaurant is one of those restaurants that deliver authentic Southern Thai cuisine without being pretentious, hipster or grungy. Located in Thonglor Soi 4 , you can walk from Thonglor BTS station without breaking a sweat.

The big blue “Rod Song-Teaw” (truck with wooden carriage that carries people around like a public bus), is the restaurant’s sort-of mascot, which is permanently parked at the very front so you can never really miss it. As soon as you get inside, you will be faced with vintage murals of Phuket Old Town and décor which reflect eating parlours from a time bygone.

Ms Vrinkran Vattanatechasakul, the owner of the restaurant aims to bring the memory of her mother’s cooking to Bangkokians. It took her a while to achieve what her mother did, and in 2010, the restaurant was opened, and has since become a local institution. In 2017 they won a Thailand Tatler Awards for Best Restaurant.

“I just want Bangkokian to indulge in Phuket’s taste with high-quality ingredients. It took me some time in order to achieve my mother’s palate. In my family, my mother was the one who cooked for the whole household and I believe that my customers are my family so don’t be surprised if you see me in front of the stove.” she quoted, “you know, you have to do things by yourself because if you don’t do it, you wouldn’t know the problem and will never achieve your goal.” 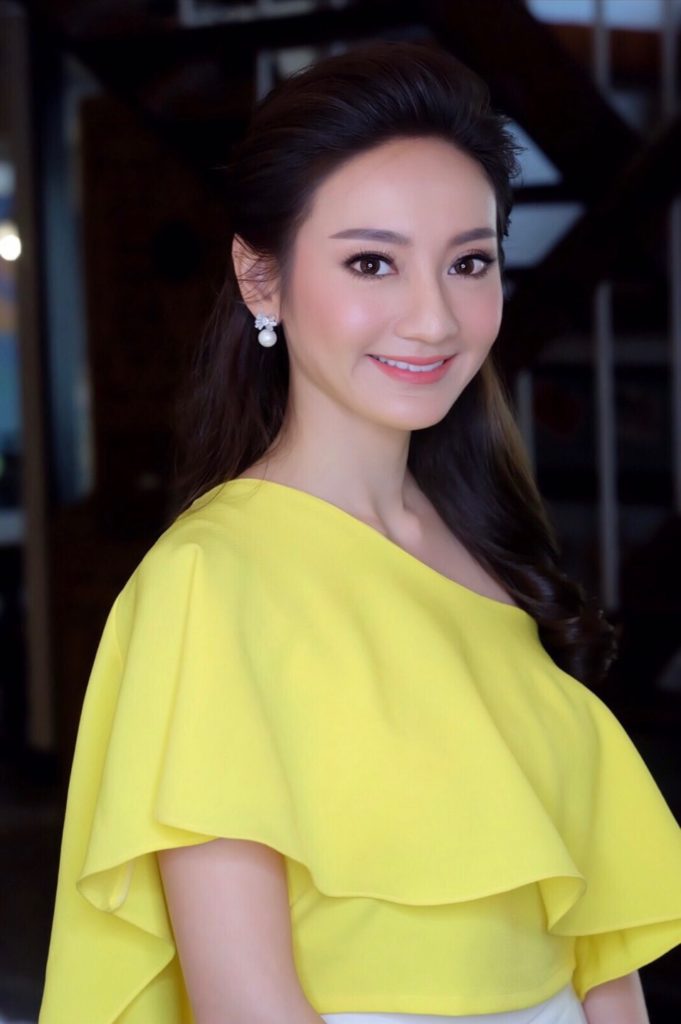 Bangkok Foodies went to check out some of the most iconic Phuket dishes in Phuket Town and without ever stepping out of Bangkok.

Phat Gapi Sator Goong, could count as the most iconic for Phuket cuisine. It strong and to some – offensive aroma –  is due to “Gapi” [กะปิ] (Shrimp paste) and “Sator” [สะตอ] (Stink Bean) which need no further explanation, the name says it all. But despite the strong funky aroma, it is darn tasty.

(Giant) Phuket Fishballs [ลูกชิ้นปลา], are the​ ​size of golf balls and we don’t recommend to eat whole, but they go very well with the spicy seafood dipping sauce and fried garlic.

Okra Stir-Fried with Minced Pork [กระเจี๊ยบผัดผมูสับ], looks pretty similar to Pad Ka-Prow but the okras are sliced into smaller pieces at an angle to reduce the sliminess, then stir-fried with the rest of the ingredients instead of basil which gives different taste and mouthfeel. Here’s a bit of history for you, okra is not native to Thailand’s shores, they were brought through Islamic immigrants and merchants and like sator, Okra became a regional item of Southern Thailand.

One of Phuket’s must-try, slow-cooked dishs is “Moo Hong” (Pork belly curry) which emits a multitude of potent herbs and spices which can be felt from afar, especially, the star anise. The pork belly is incredibly soft, it melts like fatty, meaty butter in your mouth, and appropriately, the word “Hong” [ฮ้อง] is actually Hokkien language for simmering.

The final dish in this line-up is the ubiquitous Chicken Massaman Curry which one tidbit foodies would be interested to know, what you have always believed was potato is actually yam, which is further proof of the Phuketian authenticity. And like Moo Hong, Massaman contains star anise!

Fast fact: Well, star anise is very common in Thai cuisine and many other Southeast Asian cuisines. Using anise is an influence from Chinese cuisine which started from the 16th century when Chinese started trading around Asia. So you see, Phuket is quite literally, a melting pot of cultures and cuisines

For foodies out there looking for legit Southern dishes, specifically Phuket, get your fix in Thonglor soi 4 without enduring the miles!

Wariya has a strong passion for cocktails, and you may have met her several times but she likes to keep it casual and low-profile. She also likes to enjoy quality tea, especially Japanese green tea.