Just when you thought the junta spoiled all the fun by driving away the cool kids from Surin’s, Catch Beach Club to Catch (on the curbside) Club, these clever hoteliers have created a spin-off just around the corner. And I must say, it may lack a beach horizon, but with its spectacular design and stunning view, who cares. 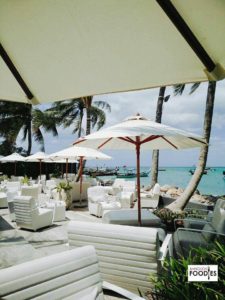 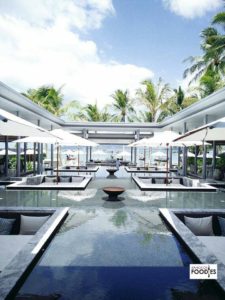 OK, so it may not have that certain “look-at-me-please” appeal or a DJ wearing glasses at night jamming with a saxophone guy (in matching glasses, incidentally), but for foodies and those who love to dine in the serenity of extreme tropical settings, this is for you! Although, food-wise it does have some kinks to iron to out. 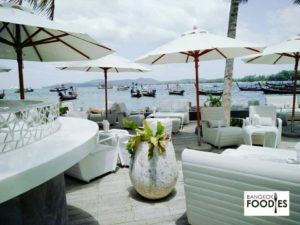 We ordered the Bouillabaisse (fish soup). The seafood itself was fresh and the  serving rather generous but the soup lacked a certain… je ne sais quoi. In English, I’d put it down to  ‘funkiness’- a good fishy funkiness. We did have more satisfaction with the salmon dish, seared nicely on the outside with a thick, red raw center. 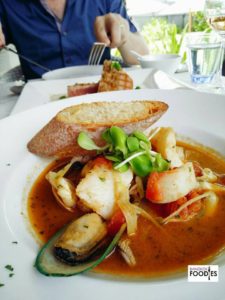 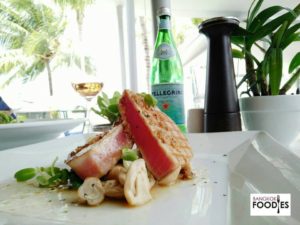 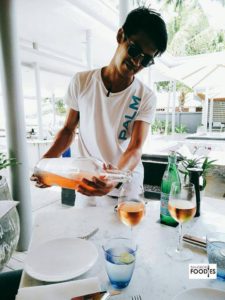 The second meal, not seafood, as we like to challenge the chef, was the Lamb Chops. But I think we over succeeded as the lamb was a tad overcooked, still tasty though and forgivable after the Che, himself, came out to apologize profusely. The coconut ice-cream was the deal maker. Creamy and deeply delicious. Particularly after scooping up fresh coconut shavings and mint highlights in the mix. 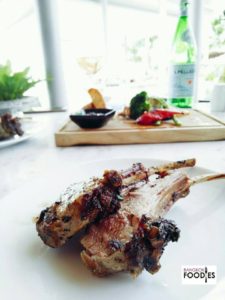 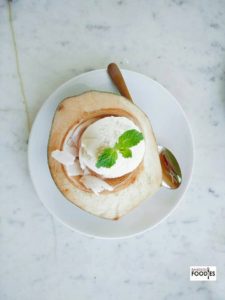 I would go back. Firstly, for the setting and secondly, knowing that when that awkward new-restaurant faze is over, the cuisine should match the scene, or close enough. It’s a sight for sore, city eyes.