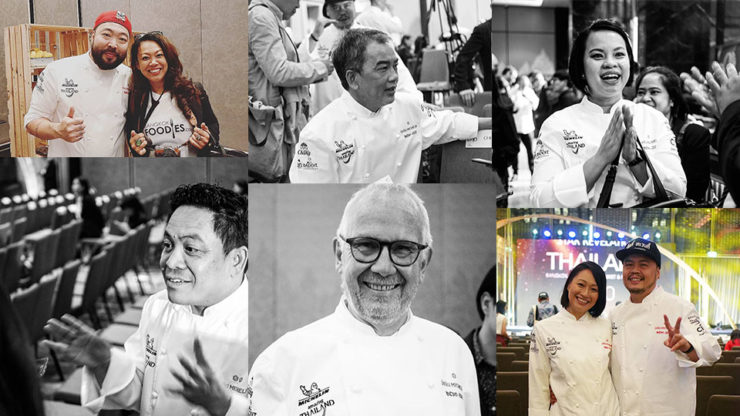 On the 12th, November 2019, Michelin Guide Thailand Revealed their stars (and Bibs) for eateries in Thailand in 2020. This year they included a Northern City of Chiang Mai. Sadly, no one in Chiang Mai was bestowed a Star, which Black Kitch Artisan Kitchen, Oxygen Dining Room and Cuisine de Garden were hot on the foodies prediction list to obtain. In Phuket PRU received their 1 Star award for the 2nd year in a row – and were – again, the sole restaurant in their state to receive such honour.

Some surprises were R-Haan receiving the coveted 2 Stars to which Le Normandie, Mezzaluna and Suhring retained, but the extremely popular and equally hard-to-get-a-booking SORN received the most enthusiastic reaction, when they graduated from 1 to 2 Stars for the Michelin Guide Thailand 2020.

After 6 long years the locally beloved 80/20 Bangkok duo finally nabbed their first star to much cheer and applause. New-comer to Bangkok’s fine dining scene, but not unfamiliar with Michelin accolades was Table 38. A red-capped and bearded, Chef Andy Yang took to the stage to accept the 16 seater restaurant’s first 1 Star Michelin in Thailand.

The low key chef of the awards revelation, were Chef Riley Sanders, who accepted the 1 star on the stage for the second year in a row for Canvas, but was little seen afterwards for interviews. Bo.lan restaurant retained the star, but neither Chef Dylan or Chef Bo were available at the time to accept the award in person, very likely busy with their new projects, such as the opening of Err in Phuket which launched in December 2019.

Bangkok’s jet-setting golden boy of Thai fine dining, Chef Ton, of Le Du accepted the 1 Michelin Star again for 2020 and so did Jay Fai who can still find fiercely frying up her decadent and decadently-priced crab omelettes to sell-out queues.

Other new and noted restaurants in the Guide, were Khao with 1 Star, Bangkok Bold Kitchen with a newly appointed Bib Gourmand, and the only Yakitori restaurant to make it in the Michelin Guide (ever in Thailand), Shirokane Tori-Tama Bangkok who were honored a Michelin Plate.