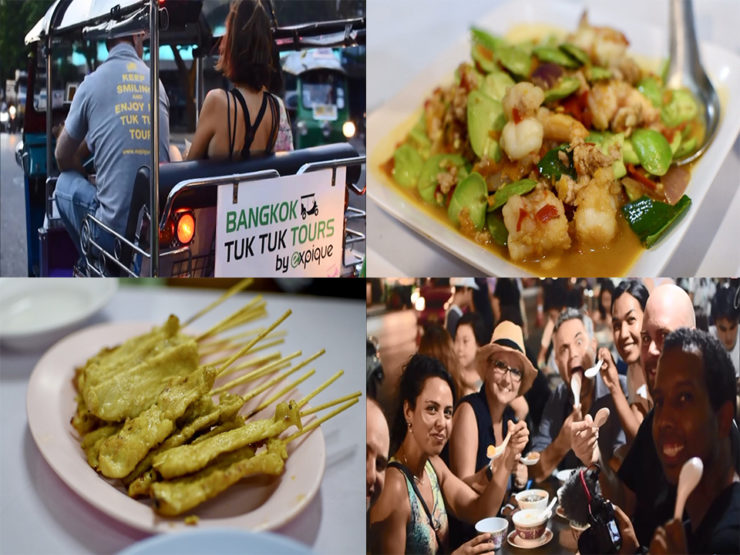 Ever thought of taking a food tour in your own city or are demanding foodies friends coming to town?  Well, there’s a Tuk Tuk tour with an all-local food focus.  Here’s your excuse to buzz around in a Tuk Tuk, see landmarks at night, explore deeply hidden stalls and eat at famous ones.

With the impending fate of street food in Bangkok, now is probably the best time to take a local tourcation.

Our foodies blogger, Gary Butler of The Roaming Cook, sacrifices himself to a fun night on the town eating the best of local foods and making some new friends along the way, here is his report.

Last week, I was lucky enough to be invited on a tuk-tuk food tour around Bangkok courtesy of Expique and it was a tour I ended up thoroughly enjoying. As soon as I was given Krung Thonburi BTS station as the meeting point, I had a good feeling, as I live over the river myself so I know first hand that this is where the best street food in the city is located.

We were met by the owner Simon and chief tour guide Net, both of whom are extremely welcoming and very enthusiastic about the tour which is refreshing to see. Not only were we greeted with a smile but also a bag of miang kham, a Thai snack that consists of prawn, coconut, and spices wrapped in a betel leaf. So far, so good. After a brief run through of the tour itinerary, we were shown to our tuk-tuks downstairs and were on our way.

First stop was a famous Satay shop on Tha Din Daeng Road. This particular street is well off the tourist trail but anyone in the know will tell you that it’s a street food haven. We had a little look around the market, where Net told us all about the various food and drinks on offer before sitting down in the satay shop to enjoy some pork satay and also four excellent chilli dips that Net picked up from one of the stalls. 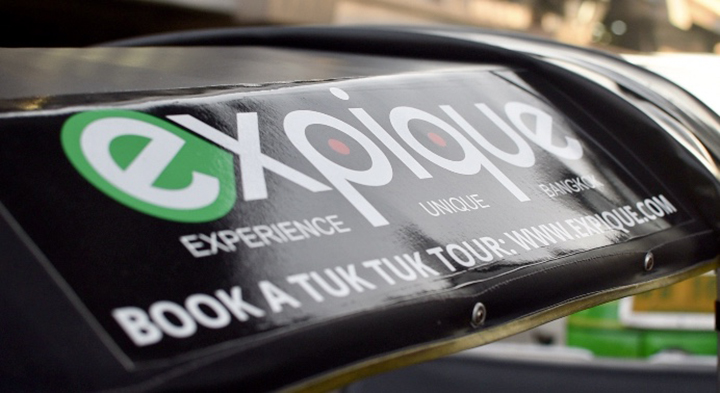 We were soon back in the tuk-tuks to race to our next destination which was Pak Klong flower market. It was dark by now and the drive through the old town and over the memorial bridge was worth booking the tour alone for, the town comes alive at night and the open air tuk-tuk lets you take in all the sounds and smells.

At Pak Klong, we were shown the Expique cooking school upstairs and treated to some Gai Wan (sweet chicken) and a seasonal fruit salad prepared by the staff of the school. 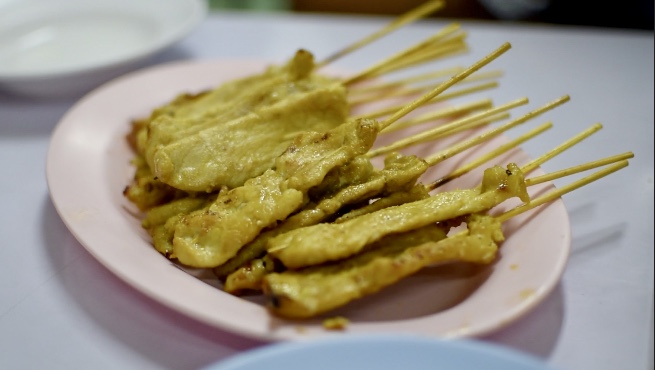 Next up we headed over for a sit-down meal in Rattanakosin for some Royal Thai cuisine at a famous Bangkok institution. There we sampled the green curry, which I’m told they have served to the Royal family, and a fantastic dish of Prawns stir fried with stink beans and a spicy southern fish curry. 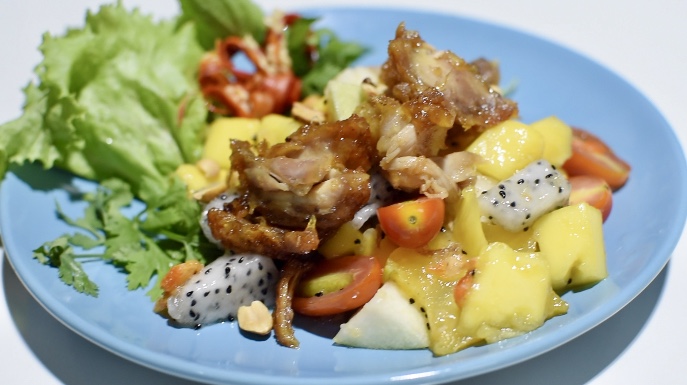 We were given a little break from eating by heading to Sammakorn Throne Hall in The Dusit Palace to light candles for the King and learn a little bit about Thai customs from Net. 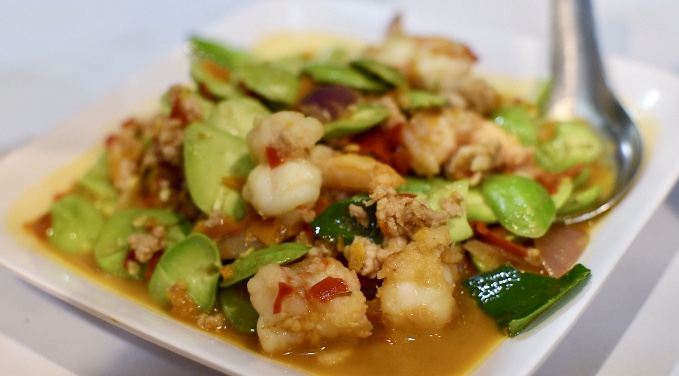 After we made a little room in our bellies it was time to scoot down to Chinatown. This next stop is one of my favourite streets in The whole of Bangkok for noodles and it’s not one usually found on tours. Every vendor on the street sells the same noodles with their own twist. They’re called kway teow kua gai – that roughly translates to Dry fried noodles with chicken, and they are my favourite fried noodles in Thailand! 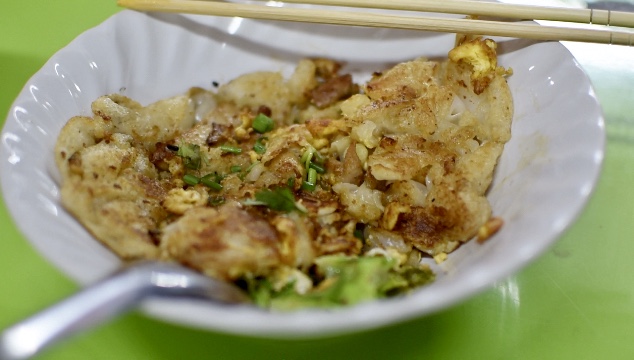 Last stop was just around the corner on the Yaowarat Road for some very interesting Thai desserts on the street. 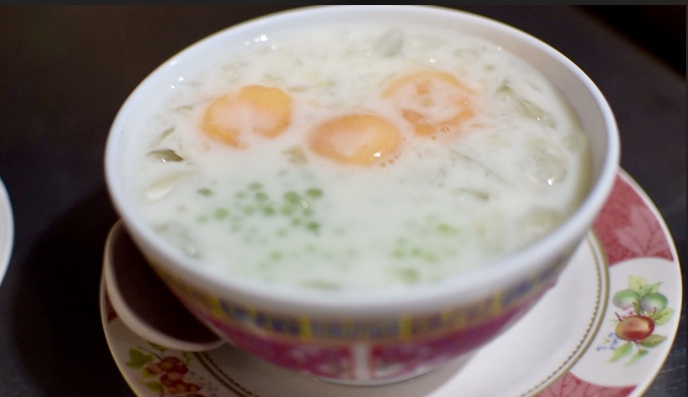 All in all, it was a great tour hosted by a very knowledgeable, passionate and friendly crew. I would highly recommend the tour to anyone wanting to dig a little deeper into the wonderful world of Bangkok street food.