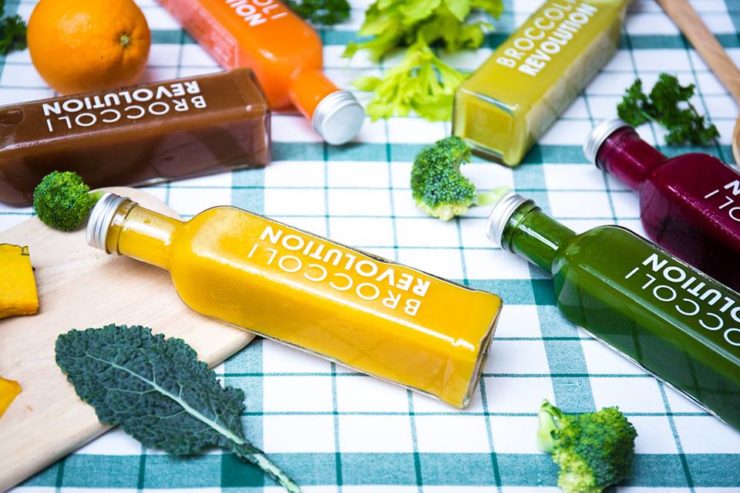 A new, strictly Vegan restaurant has opened on the corner of soi 49. You can’t miss it with it’s bling-bling BROCCOLI REVOLUTION signage against the two story raw rendering cement exterior. The inside is bare with a single large shared table seating in the middle, booth seating along the back wall and a sofa in front of the window which stretches along the entire Sukhumvit side frontage. Perfect for peak-hour traffic jam voyeurism. Although the style is minimalist, it is precise and artfully done, with enormous hanging plants suspended from the ceiling, an open air mezzanine level for Vegan smokers.Hey, you gotta have one vice! Upstairs is a mezzanine lounge equipped with retro-old-man sofas, much like I’d imagine a trendy loft of a wealthy New York environmentalist. There’s even an organic plant furry wall to stroke when you’re feeling particularly earthy. 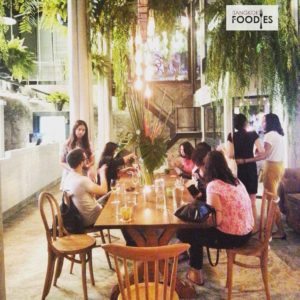 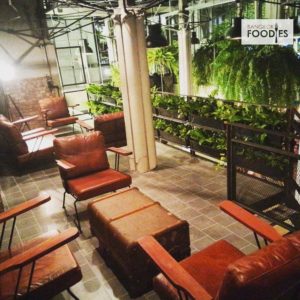 For the food, seeing as this is their soft opening period, they’ve designed a short tasting menu of delights for the adventurous Vegan and the relenting Carnivore from around 150 THB to 300THB. Firstly, we tried the Gazpacho which came out in a bulbous glass cup/bowl with a narrow rim top.  The disproportionate spoon was long but fat in the middle and made it rather awkward and unpleasant to eat.The soup itself was very tasty and perfectly seasoned, I would only suggest to add more fresh tomato to the mix. 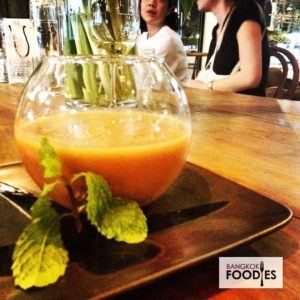 The second meal was the basil stir fry mushrooms with organic black rice. I don’t often go on about rice, but the rice was full of flavour and complimented the spicy krapow sauce. But fair thee warning – it’s Thai-Thai hot. so those who shy away from spice might suffer greatly. Delicious nevertheless. 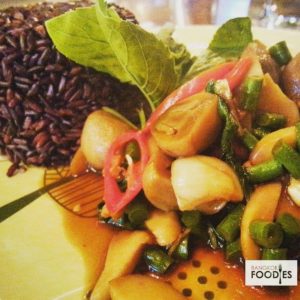 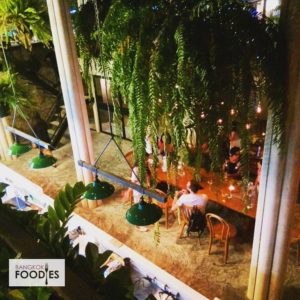 Being Non-Vegan but Vegetarian curious, I do understand (but not to the same degree as Vegans/Vegetarians) that Bangkok is seriously lacking in the delicious Veggie meals and places to go department. So, why, with such a big place with great potential and opportunity, would they only limit themselves to Vegan? I say have a Vegan and a Vegetarian option menu. Dairy and honey lovers are sliced from the same Gluten-free bread are they not? Then we can all stroke that furry organic wall together.