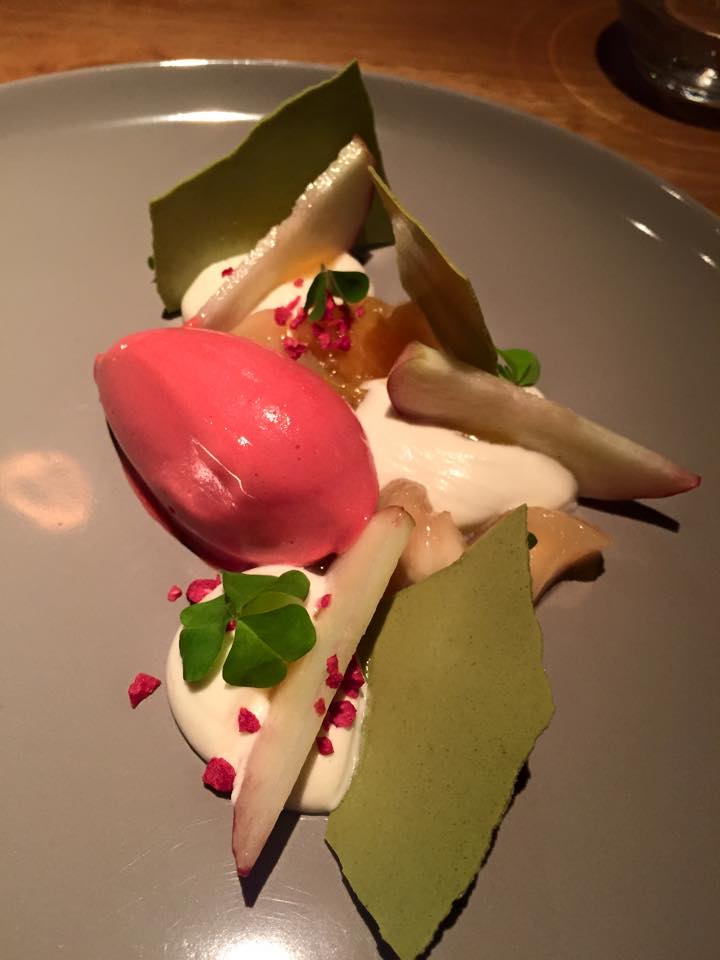 I imagine myself in a post apocalyptic setting where an abandoned building had become engulfed in forage, and then, like Indian Jones, walking up the ramps, shadowed in torch flame as the metal beneath, rattle your toes. There on the top landing, discovering a different kind of fortress, an open kitchen surrounded in shiny stainless steal and a tiny warrior at the helm with his white-clad army of chefs and cooks, utensils ‘en guard’, at the ready.

OK, so there’s not lack of imagination when Chef Zra dreamed up Aston Dining Room & Bar 4 years ago. Definitely one of the most impressive and surprising entrances I had the pleasure to play-role. But it’s all for naught without capturing that splendid gem Inside. 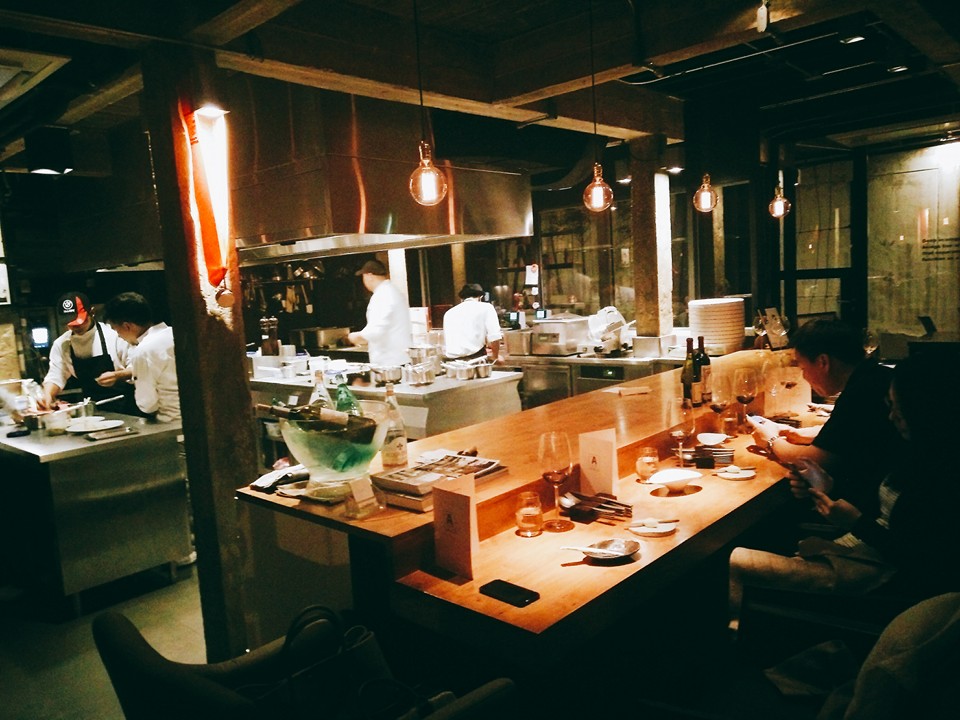 What I noticed immediately about the place was the limited seating (only 16), which corners the great kitchen at a right angle. Astoundingly, there seem to be no service! But the cooks and Chef Zra -himself- were hosting and serving the dishes directly to diners. Which feels as close to being in an actual Chef’s kitchen as it gets.

On this occasion, I find Chef Zra, without his signature sunglasses, in a mellowed and solemn state, a striking contrast to his vivacious and mouthy persona seen at public showcase events. That’s showbiz I guess, but here is the testament of real taste. And a taste which is more economical than previous. The new Aston menu has gone from approx 4-5000 THB a set down to 1.800 THB (Journey Menu) -2,800 THB (Discovery Menu). A move in which the Chef made to make fine-dining more accessible and, to put it simply, save what is left of Aston, the Bar has already been sacrificed. 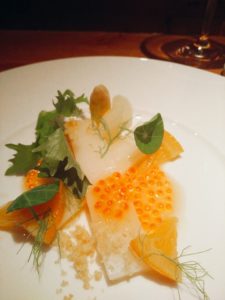 Go directly for the Discovery Menu. The Journey wont cut it, believe me. Servings are painfully small but never fear, the flavours compensates. For the snacks, the ‘fish & chip’ which is basically a single anchovy fish artfully plated like an ancient junket boat and although the size depressing, the sweet and saltiness with the crunch just explodes in your mouth. Chef Zra’s signature razor clam is stunning to look at, and delicate and creamy to taste, however, like the overzealous buffoon I often am, I cut my lip. They’re named razor claims for a reason, take precaution. 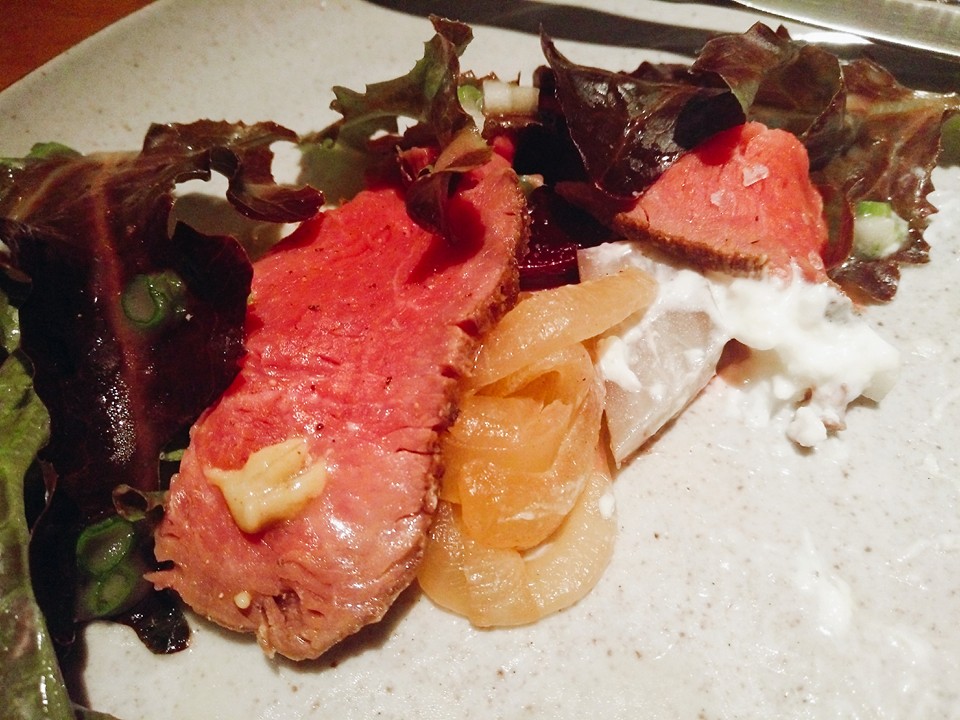 The aged beef in the burratta salad was extremely tender, and all the hiding root vegetable treats was a nice touch, but a good pinch of seasoning would have taken it up there. The squid ‘spaghetti’ with salted egg was a first-found and unforgettable experience. The play on squid texture with the creamy, saltiness of the egg was wonderful. My favourite dishes were the White Asparagus, with sesame and edible flower (off set menu), simply an amazing exploration of flavours, also the Asparagus with trout roe and orange, another texture party for the mouth. 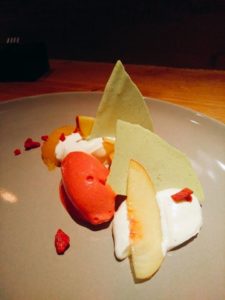 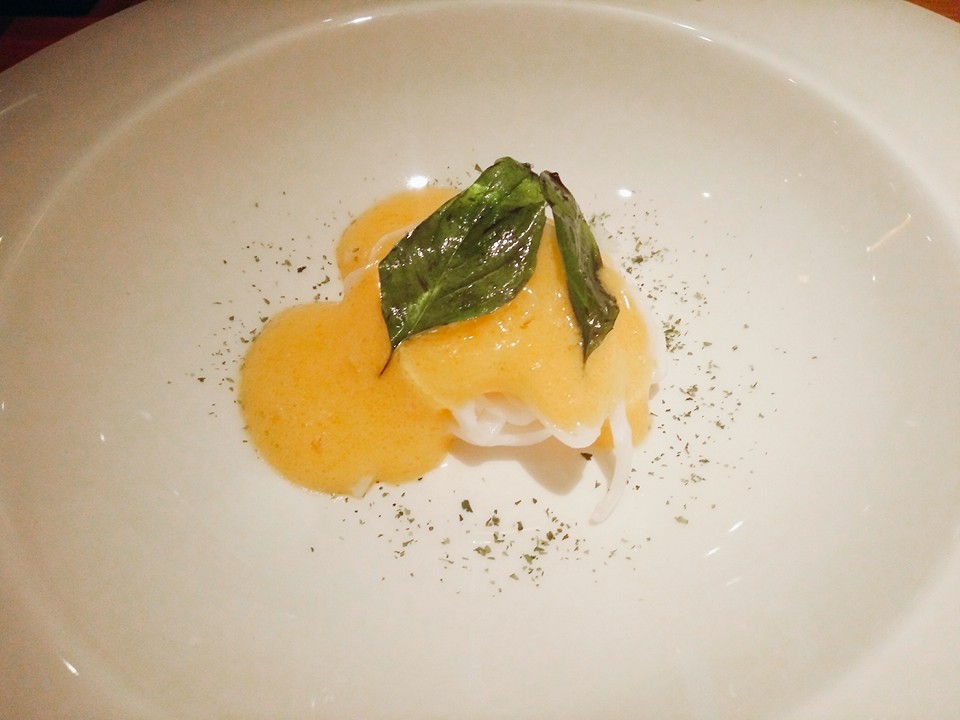 Being an anti-dessert fan, Chef Zra’s signature Strawberry condense yuzu is insanely good, so is the peach, raspberry pistachio that follows. You shall be full enough, but there’s a beauty in always wanting for more. In the case of Chef Zra’s, his use of quality produce and combining simple home-grown and exotic ingredients, he’s founded some mini masterpieces, with the exception of those dishes which look exquisite but sit quietly in the ‘delicate’ and under-seasoned section. 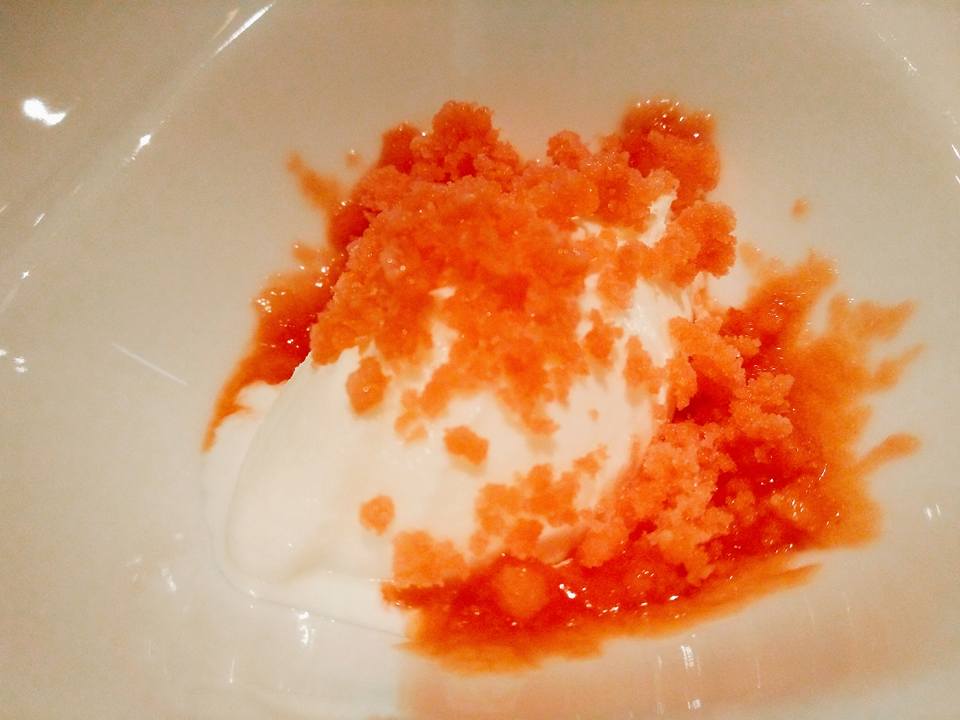 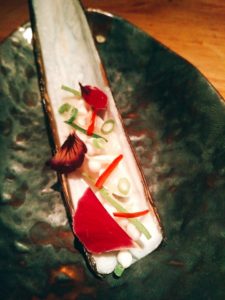 Either way, (with the new price and more humble approach) it definitely warrants a visit but importantly, requires Bangkok foodies to support such a deserved celebrated chef, sunglasses on or off, and prevent Aston from complete camouflage.