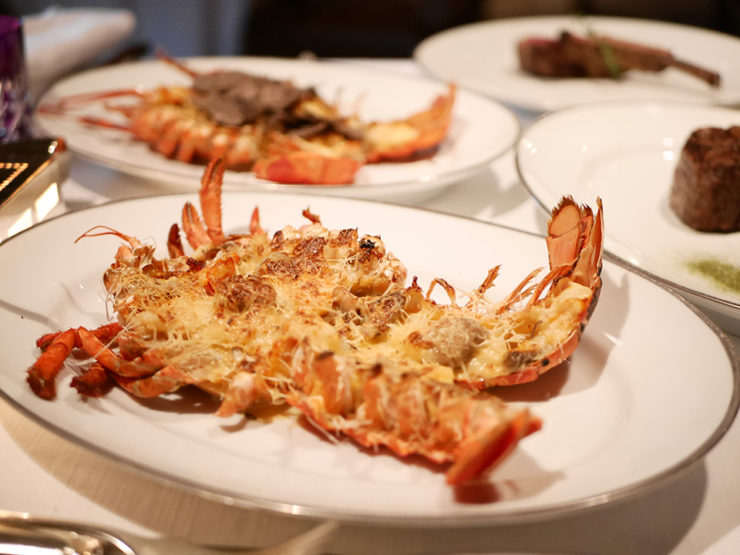 When Cheese and Seafood make love – “The” Lobster Thermidor in Bangkok

When Cheese and Seafood make love – “The” Lobster Thermidor in Bangkok

Not one to favour cheese mixed with seafood, it seemed a foreign and grotesque combination but this coming from a girl that grew up on rubbery cheese with Vegemite on crackers and there’s not that much more gross (but nostalgic) than that.

Apparently the French (surprise, surprise) came about this recipe in the 1800’s by one of France’s most honored chef, Auguste Escoffier, who’s boss at the time renamed the dish after a popular play in Paris titled…you guessed it! The Thermidor.

There are variations of the Lobster Thermidor but it’s basically a creamy mixture of cooked lobster meat, egg yolks, and brandy (often cognac), stuffed into a lobster shell and finished with a bit of grilling or torching. 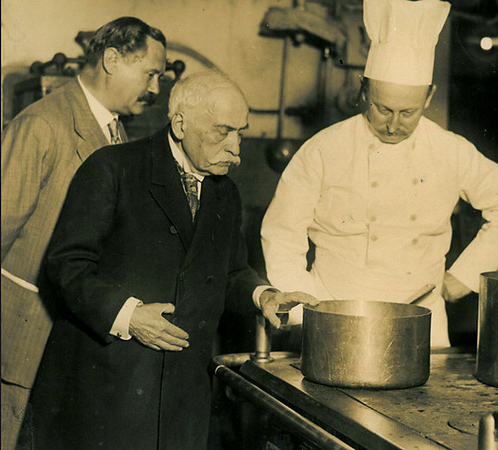 The Lobster Thermidor appears in popular culture. often in satire to mock the affluent and preposterously posh, like in this Monthly Python sketch and as Lego Batman’s favourite dish. But despite its ridiculously famous Chef creator and relative pop culture status, it’s not often seen available in Bangkok, let alone a super fresh and tasty one. 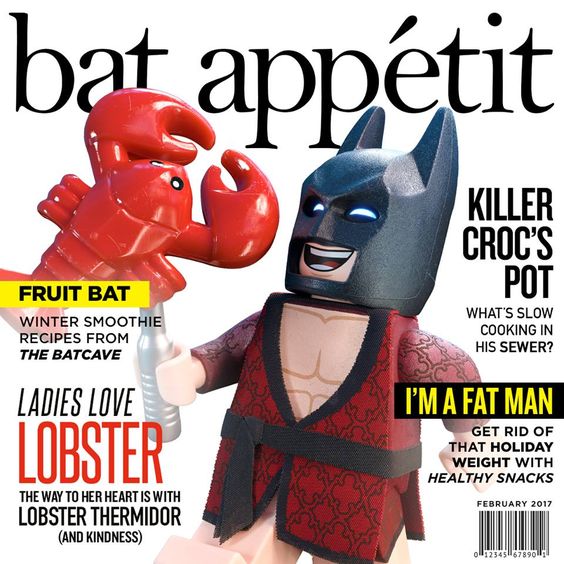 That was until we discovered that Tables Grill have long been renowned for serving discerning guests and local gourmands with plates and plates of the stuff! We did go check it out for ourselves and can confirm 1. The utmost freshness (Lobsters are dispatched on-order) and 2. seafood and cheese do mix, and when done right, it’s simply beautiful. Okay, so that’s the 3rd!

To book yourself into an evening of fine wine and relaxed decadence and to tease yourself into a hangry state, check out our Lobster Thermidor Video at Tables Grill