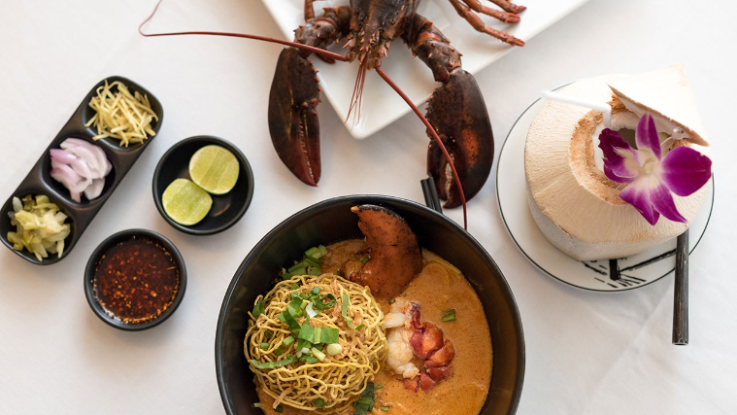 I’ve rushed passed it a number of time, but it wasn’t until something bright and orange glistened in my eye that I gave it a thought. A group of execs were chowing down on a big bowl of rich Laksa noodles and apparently very happy about it so with a pang of jealous, I went on my merry way but promised myself to check it out. 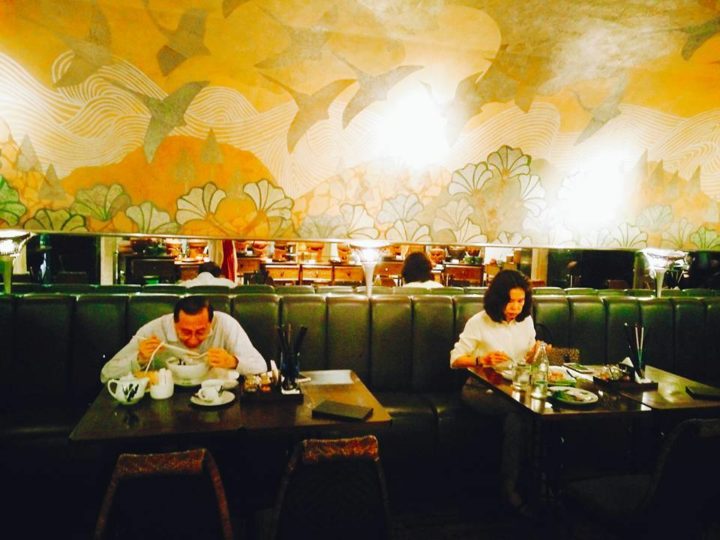 Khao Soi – You & Me #bangkokfoodies

Turns out it was Khao Soi, but not the Khao Soi I was used to. Although Khao Soi hails from Chiang Mai, it’s tweaked depending on what region of Thailand you’re in.In this case, Southern style which was extremely rich and moreish. Thanks to the culinary lesson by jolly Chef Joy, she gave us the lowdown on all things Khao Soi-ey. Loaded with coconut milk and deep in flavour, chunks of chicken and topped with crispy noodles, it’s an entire meal in itself…well with a glass of wine or two doesn’t hurt either. 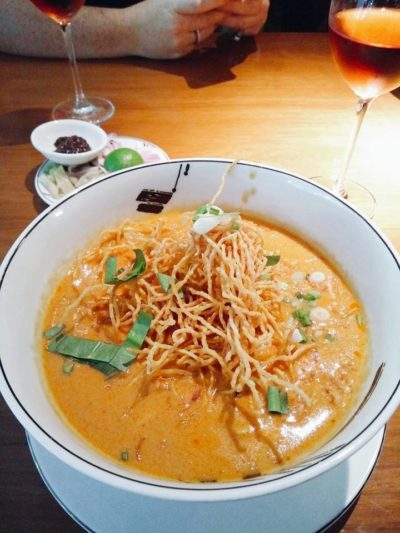 Khao Soi – You & Me
#bangkokfoodies

With a name like You&Mee, you’d expect a cute little noodle joint –  odd wooden fittings and Mama sweating over the vat of boiling noodles – but really, it’s a classy little spot to chill and talk business in a cool and comfortable setting, without much pretension either. They also have a Thai buffet. But for me,their signature Khao So overshadows any of those dishes shared with a stranger (who dig holes in the middle of omelettes?)! 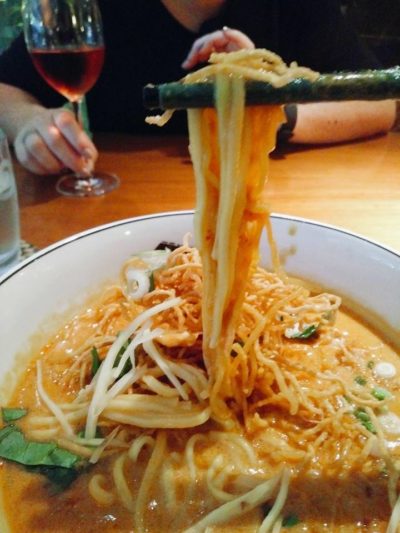 Khao Soi – You & Me
#bangkokfoodies

Given it’s so rich, I wouldn’t go eating it on a daily basis. But definitely, whenever I get that orange glint in my eye. 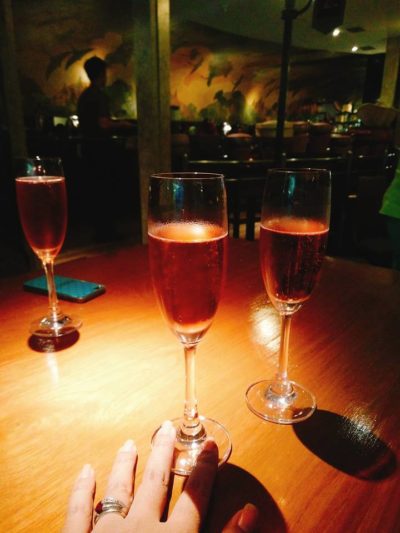 Khao Soi – You & Me #bangkokfoodies

You & Me Restaurant At Grand Hyatt Erawan Bangkok