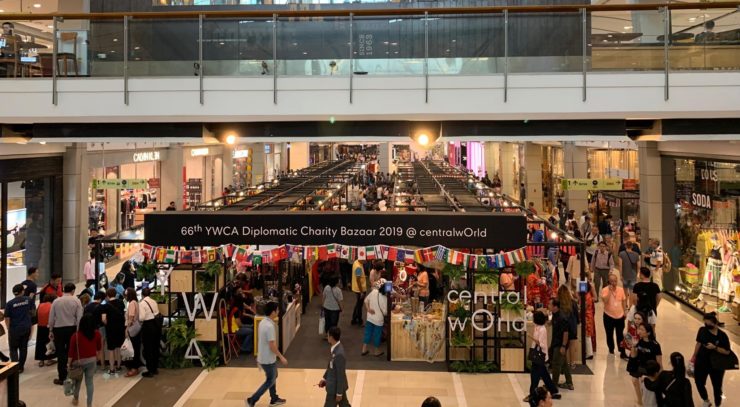 Homesick for Home Foods? – YWCA Charity Bazaar Is Back at Central World!

Homesick for Home Foods? – YWCA Charity Bazaar Is Back at Central World!

It’s back! Central World and the YWCA Thailand will hold the 66th YWCA Diplomatic Charity Bazaar this Friday 15th – Sunday 17th November 2019 from 10am to 9pm. 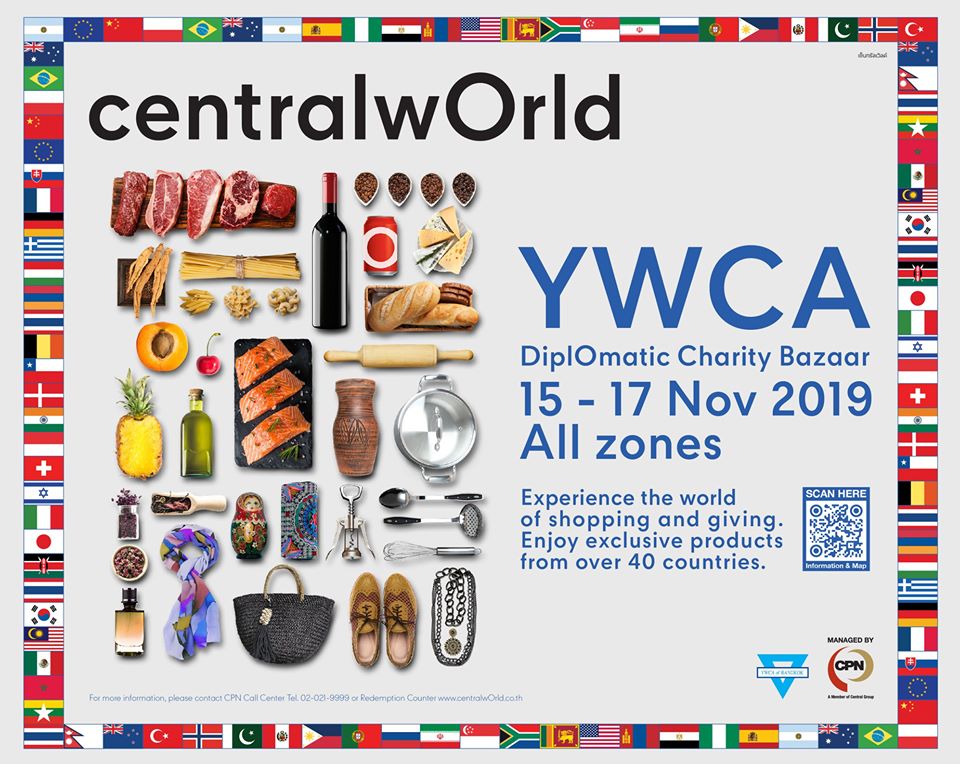 After receiving a frantic message from a friendly restaurateur, “when is that embassy event? I need to buy chipotle adobo”! Was the moment were reminded that the YWCA Diplomatic Bazaar was just around the corner, and in fact, is upon us now!

For those of you who hail outside of Thailand, here is the perfect opportunity to sample and buy your favourite and elusive treats! From Greek biscuits to German bratwursts, Swiss cheeses to Swedish meatballs, over 40 embassies of 207 booths are there to represent and nourish you with nostalgic goodies. Don’t miss out on this opportunity, not only to savour your national pride but other nation goodies too.

At the YWCA Charity Baazar today and this weekend at @centralworld Bangkok on the 2nd floor.

Find the event on the 1st, 2nd and floor at Central World Mall near Central Chidlom BTS, open from 10am to 10pm. A few of those representing countries present will be; The United States, Australia, Turkey, Korea, Japan, Mexico, Switzerland, Denmark, Germany, Kenya, Morocco, Portugal and New Zealand.

A portion of the proceeds from each vendor go to charity projects. And for those of you looking to meet or rub shoulders with Thailand’s Diplomats, there’s no better time than now! www.bangkokfoodies.com will be present to cover the event LIVE.

Looking to promote your event? Contact us at contact@bangkokfoodies.com about our services.