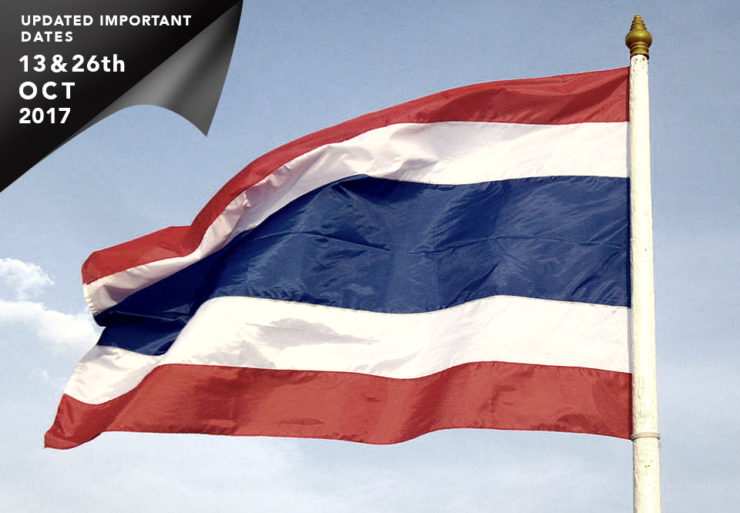 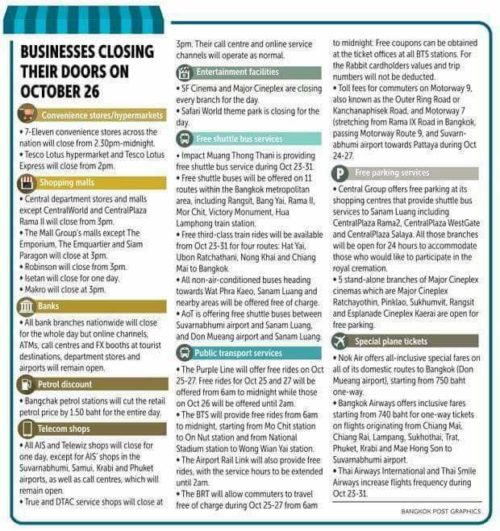 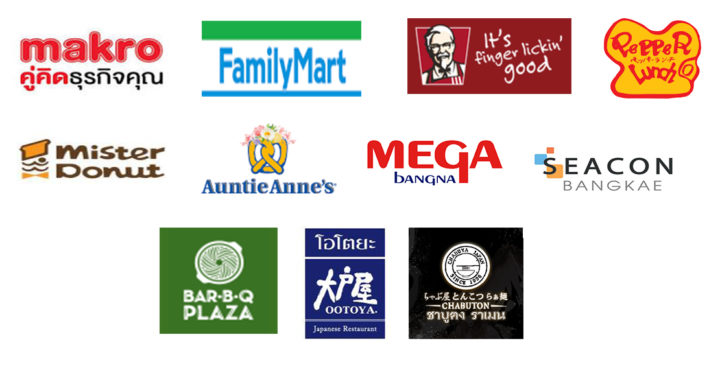 ** ONLY Bar B Q Plaza will close for whole day

Bangrak District just came and explained what is what this coming 25th and 26th in connection with the King’s cremation.

So stock up on food for the 26th. Restaurants may even be closed. Except department stores which are closed or closing at 3 pm.

**This notification is for the Bangrak district which is the Silom area. To find out the regulations for your area you need to call them directly.

Thai Television Stations have been ordered to return to full color immediately.

” BANGKOK — A week before the cremation of King Bhumibol, the national broadcasting regulator told television stations Thursday to stop stripping the color from their programming.” – Source : Khaosod English.

Previous order to desaturate by 40% from October 1st, have been scrapped. However, airing programs related to His Majesty the Late King, displaying of the logo or ribbon (in black and white) as originally advised and cancelling entertainment shows is still in effect.

The National Broadcasting and Telecommunications Commission have stated the reversion is due to inconsistencies across various channels. 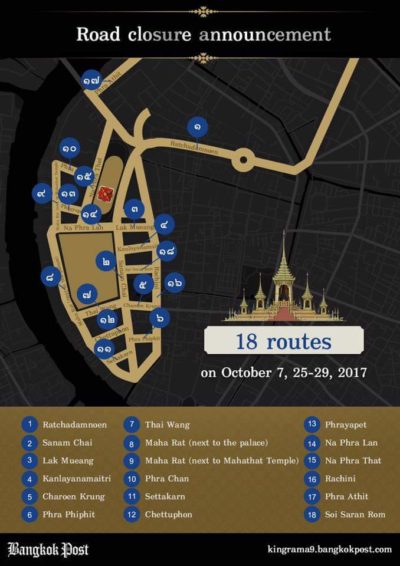 Pata Pinklao Department Store has issued a declaration to open the service on 26 October 2017, even though it was a royal ritual. The service is scheduled to be discontinued on that date. The reason for facilitating people to attend the ceremony. Because it is the only mall most nearly ceremonial county.

Charoen Pokphand Group would like to be part of the Thai people to unite our loyalties and to give mercy to His Majesty King Bhumibol Adulyadej Bromnabophit and to let the staff attend the royal ceremony. 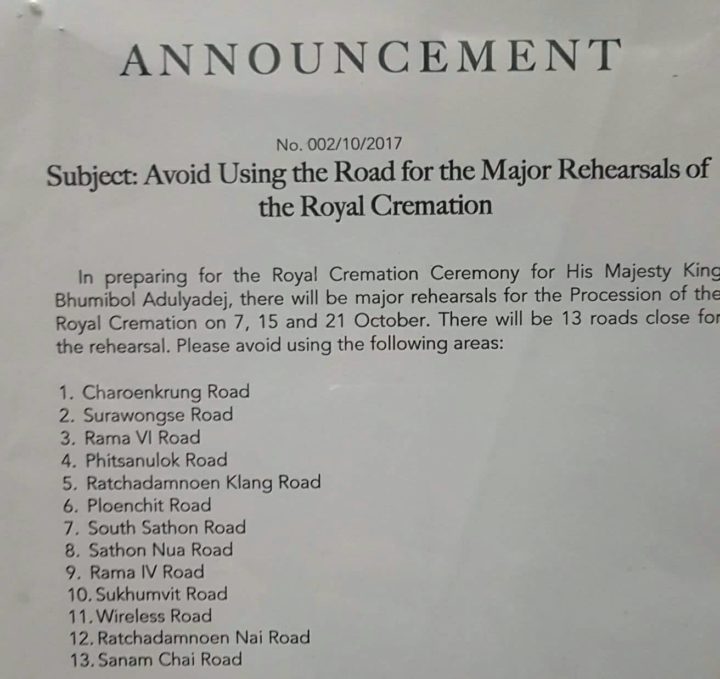 GOVERNMENT ANNOUNCES FOR THE 13TH OCTOBER 2017:

GOVERNMENT ANNOUNCES FOR THE 26TH OCTOBER 2017:

You can take a shuttle bus to pick you up – Send you to the Nanglang Horse Stadium as follows:

The shuttle bus that will pick you up – to the Vipassana Monastery is as follows:

You can take a shuttle bus to pick you up at the mouth of the canal market. Hua Lamphong MRT Station CentralPlaza Rama II and Wongwian Yai BTS station.

You can take the shuttle bus to pick up and drop off at the mouth of Klong Talat Market at Ekkamai Bus Terminal, including Shuttle Bus. Airport Link Makkasan BITEC, Bangna Mega Bangna and Suvarnabhumi Airport. 8th floor, Terminal 1

There are 6 parking spots on the bus.

for details of all traffic closures at the Royal Jubilee Corps. Call 1441 and ask for directions to the royal ritual. From the hotline of the telephone number 1348.

Updated (Mon 2nd October 2017). There will be no alcohol served Thursday 5th October – วันออกพรรษา The End of Buddhist Lent Day . No word on other days as yet, Bangkok Foodies will keep you posted.

Source: The Nation
“The royal cremation ceremonies of HM the late King Bhumibol Adulyadej (King Rama IX) will be held between October 25 and 29.”

“October 26th, the day of cremation, will also be a national holiday to allow members of the public to take part in the important event”

“Assistant Government Spokesman Colonel Atisit Chaiyanuwat announced Tuesday that HM King Maha Vajiralongkorn (King Rama X) had approved the schedule.””Last Friday, King Rama X also approved the Office of the Prime Minister’s decision to declare his birthday, July 28, and the day of his father’s passing, October 13, as important days in Thailand.” “King Rama X ordered that royal ceremonies be held in remembrance of his father on October 13 every year, the same way royal ceremonies are held in commemoration of his great grandfather, King Rama V”.

Stating it’s a sensitive time coming up in Thailand is a gross understatement. During this October 2017, F&B operators, entertainment venues, party-goers, diners/drinkers are required to respect the rules and regulations of the King’s cremation period.

Although, we understood the information available to professionals and the general public is scattered, unclear and often confusing, particularly in English.

Bangkok Foodies have put together an “Unofficial Guide” from collating and translating official online documents (which are still highly ambiguous), plus unofficial word-on-the-street by f&b industry locals. Most of which will hopefully assist operators to avoid any wrong doing or making any “faux pas”.

We will continue to update as the news unfolds. But don’t take this as holy gospel, This is Thailand, and we know anything can change one day to the next.

Be mindful and play it safe peeps.

There are 2 method choices for Web publishing during in October 13th to 29th:

No ad activity or any promoting of events, except for content relating to the mourning period of the Thai King is still allowed to be published.

– All advertisements can be returned as normal. 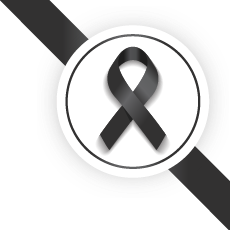 – word-of-mouth by undisclosed persons in the liquor industry.

Just speculation that places like bars, clubs, etc will not serve alcohol and any music will be banned. Probably 3 day – Sommelier

15 day ban (across the board) , but they have not decided whether its enforced or suggested. – Beverage consultant