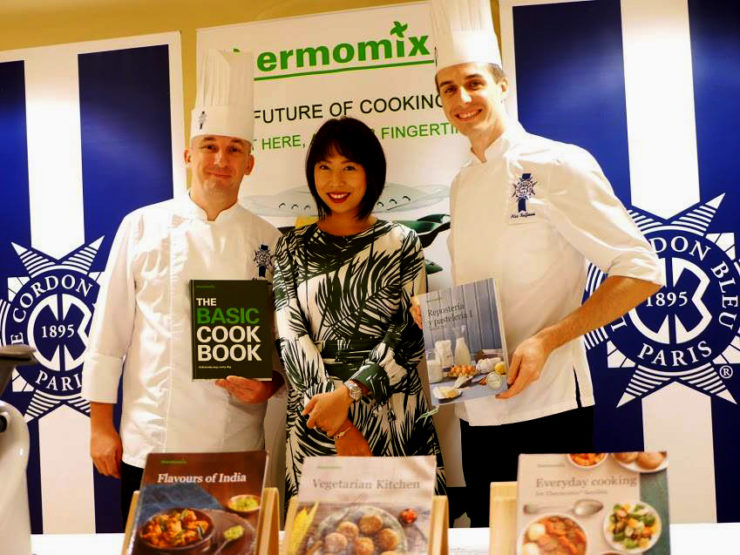 “Thermomix”, to me sounded like one of those single-function, automatic cake mixers used by American housewives in the 80s with bouffant hairdos and lethal shoulder pads, hosting tupperware parties and baking cakes with too much rum.

Turns out… I was way off! First of all, Thermomix launched in France in the 60s ( my French mother in-law had owned an original ). It began as a household appliance for the affluent but soon, the world’s greatest chefs were using this technology in their Michelin-awarded establishments.

From revered French Chefs such as Alain Ducasse to Ferran Adria, the Godfather of Molecular cooking and even in our own Michelin Bangkok kitchens you’ll find that Anand Gaggan, The Suhring twins and Antony Scholtmeyer are also in possession.

If you don’t believe it, have a bit of fun by playing “Spot the Thermomix” in kitchen’s such as Fat Duck, Noma, The Bingham and many more, or if you’re more into the “hard sell”, theatre production with epic music crescendo and a dude in a vaguely British accent…

To further cement my ignorance about Thermomix, I was intrigued to discover that, Le Cordon Bleu Dusit Culinary School were to sign on as official partners of Thermomix and create a program for the next generations of greatest chefs to learn how to “cook” using the latest TM5 Thermomix Unit. 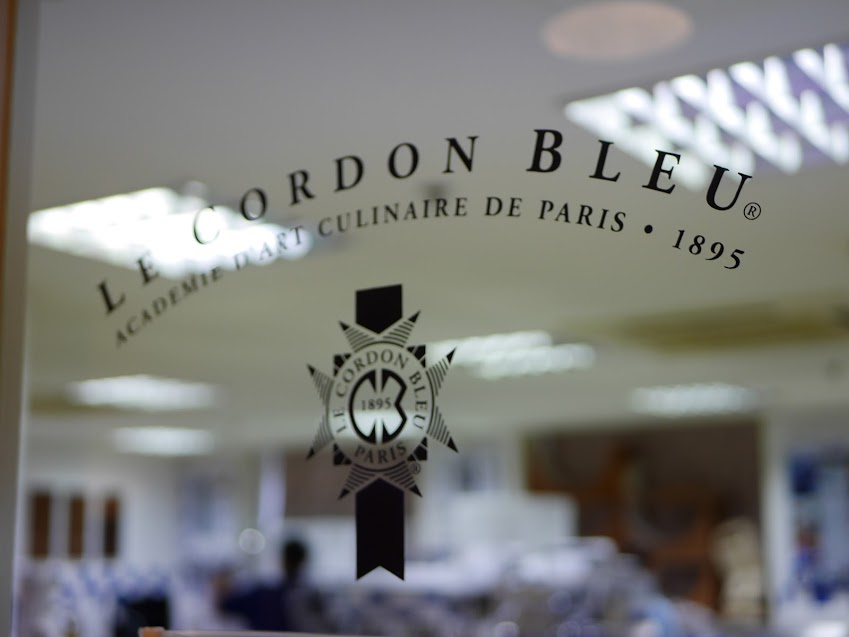 Bangkok Foodies were there to cover the private ceremony and interview the founder, Taya of Novamix Thailand Co.,ltd.( TM5 distributors). We – like many other curious foodies – were curious to find out the potential of such a kitchen appliance, the effect it will have on the food and beverage industry, and how and if it will change the future of cooking.

BKF: What do you say to people who think ‘machines’ are taking over the real hands-on, traditional cooking process?

TAYA: We cannot fight against the progress of the civilization and the development of new technologies that increase significantly your quality of life. I really love Thai cuisine and techniques, it’s a part of my culture and we should save these legacies. But also we are living in an accelerated world, that makes it impossible to dedicate the right time. That’s why Thermomix is available, to make all the cooking tasks precise and convenient.

BKF: How did you get involved with Thermomix?

TAYA: My husband brought a Thermomix TM31 to Thailand from Europe. When we first starting dated him I fell in love with all the things he cooked. I’m obsessed with tasty and healthy foods. I thought he had experience as a chef, till one day I discover his hidden secret which was…. a Thermomix unit! After some time, I decided to get in touch with Thermomix and set up this business.

BKF: For those who have little idea, especially in Thailand, how would you summarise what a Thermomix machine is?

TAYA: In a formal way to describe Thermomix, is it’s a unique all-in-one kitchen appliance that will change the way you cook by helping to unlock your full culinary potential while saving you time and effort. It has a compact design, but packs enormous power, versatility and innovation, taking on numerous jobs in the kitchen. Thermomix combines twelve appliances in one with functions that include weighing, mixing, chopping, milling, kneading, blending, steaming, cooking, beating, precise heating, stirring and emulsifying.

BKF: How can a training chef or Chef be creative with this unit?

TAYA: Thermomix give you many options on the way that you want to cook or create new recipes. It is well known that the most famous molecular chefs are using Thermomix to get different tastes, new cooking techniques, and to convert food into art.

The Godfather of molecular cuisine, the Spanish Chef Ferran Adria, is using Thermomix as a normal kitchen tool. And now the students at Le Cordon Bleu Dusit will have the advantage of using the TM5 unit, giving them a competitive edge without personal expense to them.

BKF: So, it’s been famous in France and all over Europe for decades, can you give us a quick rundown of its history?

TAYA: The Thermomix was invented in the 1960s, and the success story of this kitchen appliance really began in France in 1970. The managing director of Vorwerk France at the time came up with the idea of designing a machine that could simultaneously blend and cook. A short time later, in 1971, the original Thermomix VM 2000 was launched on the market – first in France, then later in Spain and Italy, too.

Since then, Vorwerk has continued to develop new models with better performance and new functions, the latest of which is the Thermomix ® TM5.

BKF: How do people react for the price of this machine and what are the long term benefits?

TAYA: When we start our Demo Menu to show all the functionality of Thermomix, we inform to our customers about the price and at first, they think is an expensive kitchen appliance.

After the Demo, they change their minds completely. During our Demo Menu, we prepare a lemonade, a fruit ice cream, a milk bread, and we cook in different levels a soup, rice, vegetable and a steamed spicy Seabass. Thermomix is capable to do this and beyond.

For the long term, consider durability. A Thermomix with more than 30 years is still working as the first day, this is only possible in a premium product made in Germany with more than 40 years of experience.

BKF: What are the most skeptical comments you have received and how have you proven to change attitudes?

TAYA: We cannot fry, is one of our constraints. But deep-fried food, is not healthy, burnt oils change its chemical characteristics to turn into toxic and carcinogenic substances.

BKF: Won’t everything after following recipes be exactly the same or is that the idea?

TAYA: Yes right. In Thermomix we have hundred of official Thermomix books and recipe chips and users that share recipes. Nevermind who is cooking and where you are cooking, following the recipe, the dishes will be exactly the same for everybody.

BKF: Thermomix motto is “The Future of Cooking”. How do you think so?

It’s the way of the future because Thermomix brings the kitchen into the digital age with a touchscreen display you follow step by step recipe instructions by a Recipe Chip. This innovation guarantees preciseness but with ease, just add the ingredients and Thermomix will weigh, set the temperature and timings for you. But like many chefs, you can eventually stray from the recipe and use the Thermomix to create innovative dishes.

Whether you’re an experienced chef or a self professed “bad-cook”, this will seriously revolutionize the way you cook at home or in a professional kitchen. Now that Le Cordon Bleu Dusit will officially partner, Thermomix will be entrusted in the hands of the future pioneers of gastronomy. 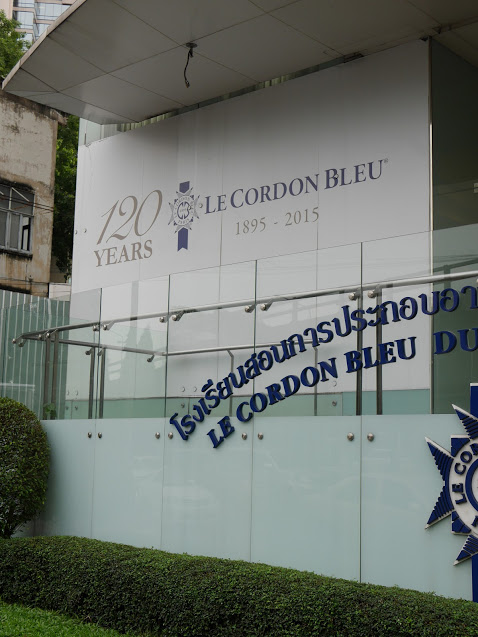 BKF: How much does a machine cost for the public users?

Price is 58,000 THB, included import tax and VAT. Including the delivery in you are from Bangkok.

BKF: What do you think is the biggest challenges of introducing Thermomix to Bangkok and the rest of Thailand?

TAYA: As a Thai citizen, I quite worry of how some Western habits are effecting nutrition, especially fast food restaurants from international food suppliers. Cancer, diabetes, obesity, and other illnesses. Let’s rethink our diet, but in an easy way and using the proper technology, this is the big challenge of Thermomix Thailand.

BKF: Immediate plans for the future?

TAYA: Right now we are working on a Thai food book  with Thermomix, “The Taste of Thailand”, not only for Thai people, we are receiving a lot of demand from overseas, Thai food is a trend in other continents like Europe and America.