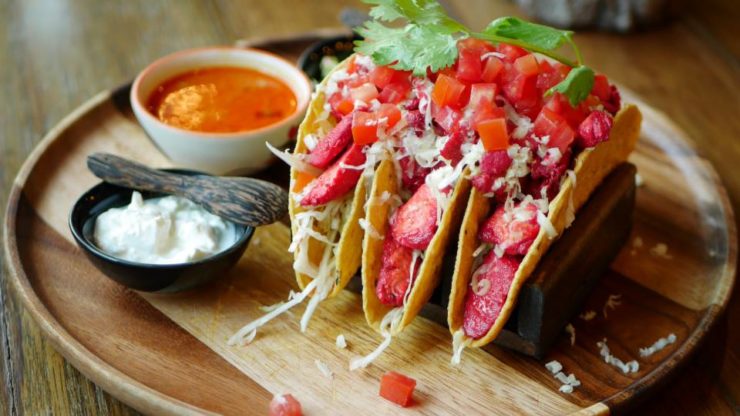 2019 is the first year that Phuket was included in The Michelin Guide Thailand. It’s no secret that the island’s cuisine is diverse, and a number restaurants captured the attention of Michelin who awarded them Plates and Bibs, plus a single elusive 1 Star, which made many Phuketians proud. Some locals however felt that Michelin may have missed out on some reputable or lesser-known places that Phuket residents have discovered. They vouch for their consistent quality and standards, worthy in their opinion of recognition, even from the legendary Red Guide itself.

Phuket Foodies asked some of the top Phuket Foodies Official community members and dining-out regulars to give their feedback on who they feel should have made the cut on the 2019 Michelin Guide list.

Curator of Phuket’s Best Burger and Freelance Marketer, Jay has chosen an eclectic Phuket Town restaurant that he believes ticks all of the right boxes when it comes to a local Michelin Guide list.

I am a huge fan of Natural in Phuket Town. It’s one of these places that unless you know where it is you would never find it, but when you do discover it you will continue to go back. It feels like you are dining in a tree house, a tree that has grown [around] unwanted items [that] have become part of the tree.

Some of the décor is as random as the location. Old 1980’s TV’s turned into a fish tank, bicycles hanging from the tree branches and everything in-between. The Thai food is well priced and you can try a range of different dishes from around Thailand from chicken feet to Pad Thai. It’s a great place for groups of friends to dine together and share all the dishes Thai tapas style. 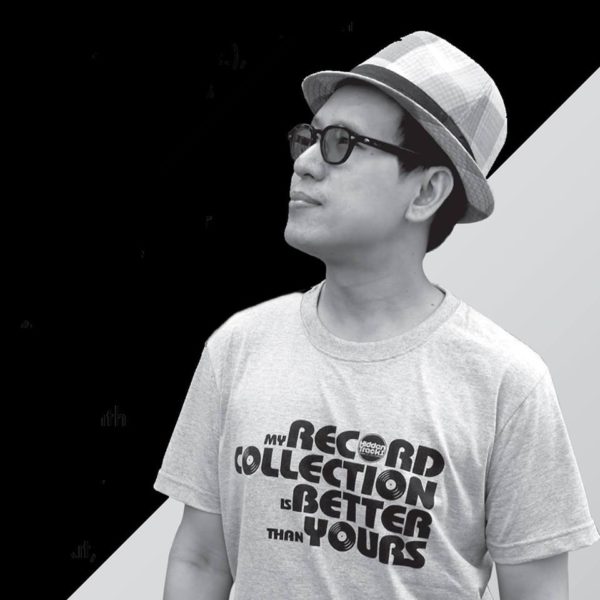 One of the island’s best DJs and Freelancer at ร้านแผ่นเสียง (Raan Pen Siang) Hidden Tracks Records covers all of the bases when it comes to local Thai cuisine he feels that the Michelin Guide inspectors missed out on. 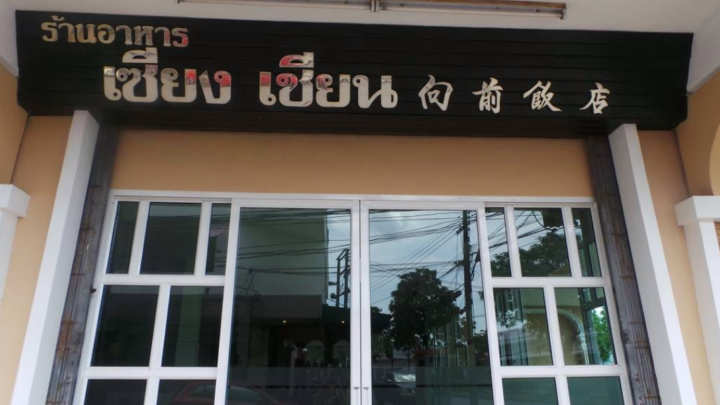 Located at the market near Baan Suzuki. There are a couple of Northern food shops in this market. But there’s one when you walk to the deep-end of the market. This shop has no name. But locals know. You can find favourite Thai-northern food here. Super cheap but the food is so good. Some examples include Sai Oua – Thai-Northern style pork sausage, Gaeng Pak Kad Jor – Pickled cabbage soup with pork ribs, Larb Kua – Spicy minced pork salad cooked with pork blood (yes!), and Gaeng Hung Lay – Thai-northern style pork belly curry. 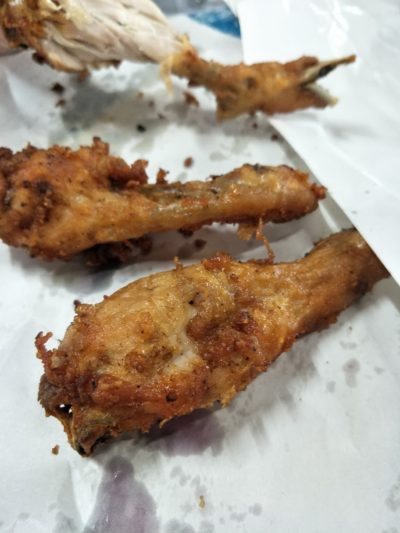 The best “GAI THOD HAT YAI (Hat Yai-style fried chicken) in Phuket. Everyone loves fried chicken and you may have heard about the GAI THOD HAT YAI, a small roadside food stall number 54 at Talad Kaset (near Robinson in Phuket Town) open from 5pm – 9pm. This deep-fried chicken is soft, crispy, tasteful but the trick is the deep-fried shallot they put on the side. The sticky rice is soft too. Great combination! 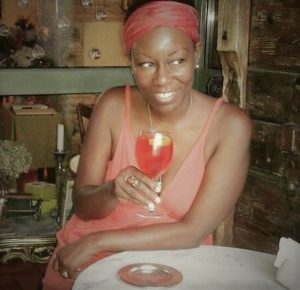 Better known as Ms Q, Quetta is a globe-trotting travel concierge with a personal zeal for food, cocktails and wine. Although Rome is now her home base, she lives part-time in Phuket where she previously resided for 11 years. I had the chance to catch up with her, and she happily gave me her opinion on which restaurants she deems as Phuket Stars.

The charming owner Khun Noi and her lovely team deliver gracious Phuket Town hospitality in a gorgeously restored Chinese shophouse – in the cultural heart of Phuket’s old town. China Inn Café was an early leader in the transformation of iconic Thalang Road. Its serene, lush garden is perfect as an oasis in the middle of a hot day of exploring Phuket’s administrative and historical seat – order one of the super fresh juices and/or smoothies on offer or tuck right into a hearty local curry.

Hungry for more ?
The Story of “Jeh Oh Chula”: How One Instant Noodle Dish Became a Local Phenomenon | BANGKOK FOODIES

An expat foodie & wine connoisseur who has lived in Phuket for 7 years now, Stewart is a well-known and appreciated local, who enjoys spending his time eating good food and drinking good wine at places like Mom Tri’s and The Boathouse Phuket.

Stewart named La Gritta at The Amalfi Resort in Patong and Sala Mexicali in Rawai.  “Sala Mexicali is as good or better than any Mexican restaurant I have dined at in my 30 years in California. True cuisine. La Gritta features an international menu with a female Italian executive chef.  We had our monthly CRAFT lunch there in February and it was superb.” 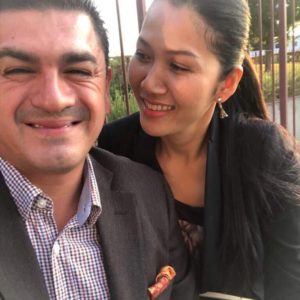 Local expat Patrik Lundgren loves food. As the owner of the popular Thong Dee – The Kathu Brasserie, it’s his job to serve up innovative, wholesome dishes to his army of customers. In his spare time, Patrik is also a foodie and enjoys canvassing the island looking for great places to eat.

Patrik comments, “Regarding my own Michelin experience, I have been to about 20 Michelin Star restaurants around the world over the years. I also have a great passion for food and discovering new places and tastes. I have also seen that over the years the Michelin Guide has expanded more out from the high-end fine dining room, for example here in Thailand with Jay Fai’s shophouse in Bangkok. Also in Scandinavia like Denmark and Sweden more down to earth restaurants have gotten recognition from the Guide, which I think is fabulous.”

The trattoria serves authentic Italian food – pizzas and pasta that makes you think you are in Sorrento, where the Chef is from. He also serves a range of fish and meat courses that change weekly based on what is found at the market. All ingredients are super fresh and the food is well balanced. The food is rustic, homely and genuine and that goes for the ambiance as well. The interior is blue and gives a cozy Mediterranean atmosphere. This fits well with the charismatic Don Vito, who always meets guests on their way into the restaurant. This is place is a breath of fresh Italian air, located in the trendy Laguna Phuket area, that should be visited.

Tucked away in on a small street in Soi Kathu Waterfall lies Royale Nam Tok – a gastronomic restaurant that truly offers a great dining experience in Phuket. It’s owned and run by Corry and Marc, a Belgium partnership who, after having enjoyed 20 years’ success in their Antwerp restaurant, De Tafeljoncker, moved to Phuket and opened their doors.

The menu is very classic with a French twist including the likes of Canadian lobster, beef fillet and chocolate soufflé but also rabbit stew and zabaglione. What makes it so pleasantly different is the way it’s served and the personal service that you rarely get anywhere nowadays.

For example, the Lobster for the Bisque Soup is flambéed at your table in Remy Martin Cognac, the Black Angus Beef Fillet with herb crust is iron pressed at your table, and the same goes for the Zabaglione, which is a fabulous dessert made of Marsala wine, egg yolks and light custard.

Upon arrival, you are escorted to the pool seating and given a complimentary petit fours of appetizers as well as the drink menu. A dessert of petit fours is also given in the end of your meal. The attention to detail and precision is felt throughout the visit, same as the passion and dedication felt in all the food. 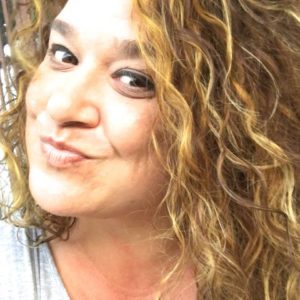 Amy Bensema is a freelance writer with a love of food, an enthusiasm for coffee and off the beaten path adventures that often get her into mischief. She contributes her time to moderate and enrich the Phuket Foodies OFFICIAL community along with Foodies Official Asia (Instagram) and her own Phuketstagram account (Instagram). Amy has become one of the most influential voice in the local Phuket culinary scene, through her many years of  exploration and experience on the island.