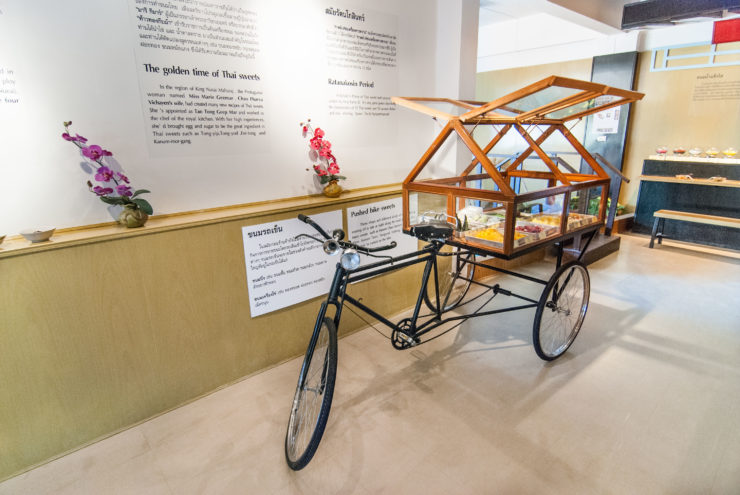 Thai Dessert Museum was established on the occasion of King Bhumibol Adulyadej’s 80th Anniversary under the collaboration of The Thai Dairy Industry Co. Ltd. and Office of Small and Medium Enterprises Promotion (OSMEP). It was built and has been run under the philosophy of sufficiency economy as a model for local enterprises in the community. Entrepreneurs in Thai dessert industry in Amphawa, a prototype of Thai dessert community with rich natural resources, can come to learn about how to preserve, continue, develop and bring their products to a better standard. The museum accordingly reflects Amphawa’s story in the old days, where parts of lifestyle of local people were present, as well as creates jobs and generate income to the community.

Thai Dessert Museum is located at Anek Prasong Building in Amphawa Sub District, Amphawa District, Samut Songkhram Province. It is Thailand’s first Thai dessert live museum as the exhibition contains real-looking, touchable desserts. The museum is a large extended room which is divided into parts to display models of desserts and different kinds of food. Desserts on display include desserts in the era of Sukhothai, Ayuddhaya and Rattanakosin; for example, red and white dessert balls, the nine auspicious desserts, desserts in glass jar, desserts in clay pot, candied desserts, pickled desserts, desserts preserved in syrup, mixed ice desserts, etc. There is also knowledge on ingredients, preparations and products which are used in local desserts. In addition, a part of the exhibition displays vehicles which were used to sell desserts in the past, such as a trailer tricycle and hawking baskets. Also on display are models of boats with an array of food and desserts where visitors can sit and even act as vendors at a floating market.

The museum is open free of charge on Fridays, Saturdays and Sundays from 10.00 a.m. -7.00 p.m. From the centre of Samut Songkhram, take Highway No. 325 (same route for Damnoen Saduak Sub District). Drive straight to a T-junction and turn left for Amphawa. Head straight for about 800 km and turn left into Puang Somboon Road. Drive until the end to find the Anek Prasong Building of the Amphawa Sub District Office by Mae Klong River. For more information, call 034-750350-1, 088-8658661. 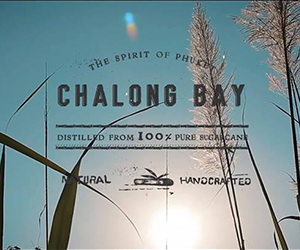