Vivan los tacos!
Having only been open for a few months, Mamasita Mexican has quickly gained a reputation for excellence. Located near the entrance of the Laguna Phuket resort complex, Mamasita Mexican is a family-owned, authentic Mexican restaurant bringing south of the border flavors to the island of Phuket. 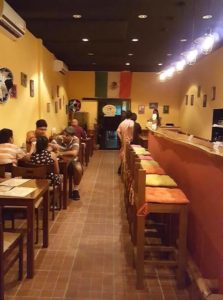 Family-oriented, walking into Mamasita Mexican feels like coming home. Decorated in Mexican cantina style and featuring warm, muted colors along with sombreros and vivid photographs of Mexico, the restaurant is bright and cheerful with an inviting atmosphere and laid back ambience. On the rainy Friday night that I visited, mariachi music composed the restaurant’s soundtrack and a steady stream of customers bellied up to the bar and dashed in for take-away orders. 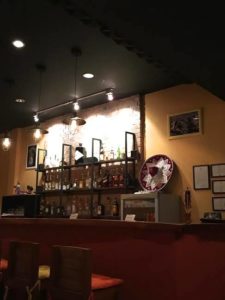 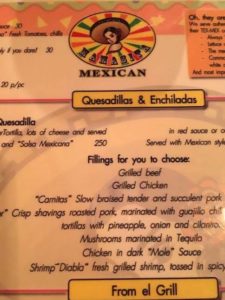 The wait staff at Mamasita Mexican is extremely friendly. Never missing a beat, drink menus were placed on the table almost immediately. The menu consists of a variety of beers and cocktails, as well as soft drinks and fruit juices. Of course, the margarita listing caught my eye. One thing I appreciated about Mamasita Mexican was being able to choose which brand of tequila I wanted to make my margarita with. Of course I chose Patron Silver, and when my margarita on the rocks arrived, it was the perfect combination of sweet, sour and salty. 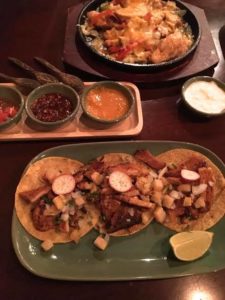 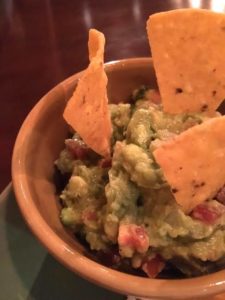 The food menu at Mamasita Mexican captures the very essence of Mexico. All of the dishes are 100% authentic and include local, fresh ingredients as well as a few special spices and treats from Mexico. Chef Pancho, who has been in the restaurant business for over ten years, is from Puebla and the man responsible for the preparation of all of the fantastic dishes on the menu. As soon as we were introduced, I could tell he was passionate about food. He took the time to explain a few menu dishes to me, answer my questions, and recommend his favorite dishes.

Our starter arrived almost immediately. Fresh, creamy guacamole with just the right amount of lemon juice and salt accompanied by crispy, homemade tortilla chips were the perfect appetizer. The dinner arrived just moments after placing our order, and the food placed on the table did not disappoint. 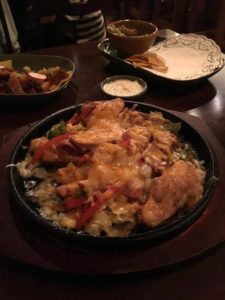 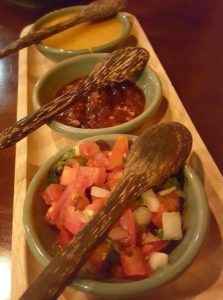 Tacos al pastor consisting of lightly breaded juicy pork atop corn tortillas drizzled with pineapple, onion and cilantro were light and zesty, bursting with flavor and a bit of spice once the Salsa Borracha was added on for extra measure. Truthfully, these tacos were fantastic and reminded me of tacos al pastor I bought from a beach vendor years ago in Acapulco. 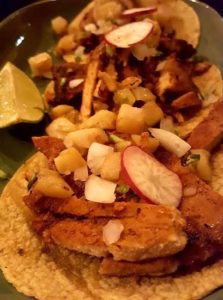 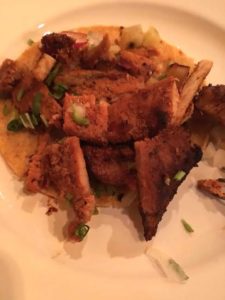 Next up were Alambres con pollo. Alambres are a favorite Mexican dish, served similar to fajitas, which feature typical Mexican ingredients such as bell peppers and onions but also contain bacon and are smothered in cheese. Extremely flavorful, the Alambres con pollo were served alongside soft flour tortillas and a few varieties of salsa. The plate was definitely big enough for two, just in case you want to share. 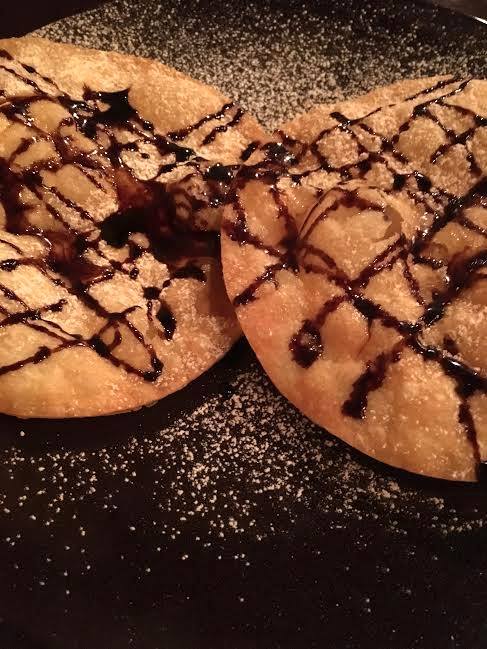 The Mamasita Mexican dining experience was rounded out with a freshly prepared dessert of flautas with chocolate sprinkled with powdered sugar. This is an authentic Mexican dessert, and it offered the right amount of sweetness at the end of the meal.

After only one visit, Mamasita Mexican is high on our list. Authentic Mexican cuisine in Thailand is truly a rare find, and the menu at Mamasita Mexican does not disappoint. The food is fresh and bursting with flavor, the drinks are strong and the sheer ambience of the place and the loveliness of the dedicated staff make for a pleasant dining experience in Phuket.