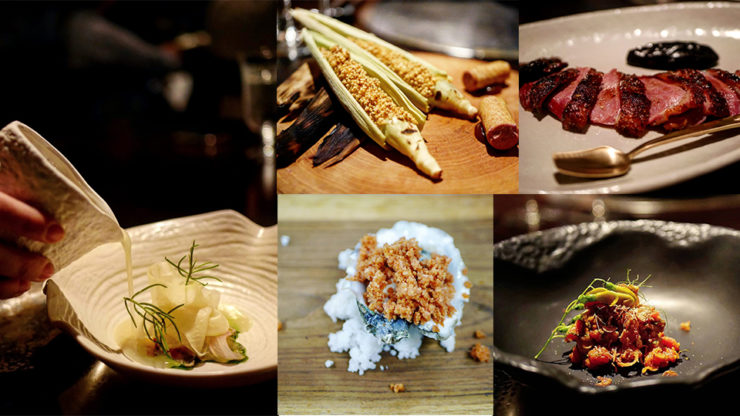 Australian Chefs Forge an Identity Through Modern and Indigenous Cuisine.

Before we even ask what Modern Australian cuisine is, we need to consider what Australian food is. Australian cuisine suffers from an identity crisis, as many Australians themselves do. Australia is a country where the British settled some 230 years ago and has since seen the migration of Irish, Chinese, Italians, South Africans, Indians, Dutch, Germans, Polish, Afghanis, Greeks and Vietnamese, among many other nationalities.

Over the generations these migrants have become Australians. These new-islanders integrated into Australian society while holding onto the culture and heritage of their origins, including their national cuisines which spread and evolved, often becoming part of the country’s shared culture.

One overlooked cuisine has a legitimate claim to being genuinely Australian. Indigenous aboriginal food is the most historic cuisine of the land, but remains widely unknown and unconsumed by the average Australian. Jock Zonfrillo of Orana in Adelaide, a Scottish-born chef who leads the mostly unexplored indigenous cuisine movement, started his quest to work with the Aboriginal people and understand their culture and cuisine in the year 2000. Chef Jock candidly shared his first experience of an indigenous meal with the The Independent UK saying “I thought, ‘holy f**k, that’s perfectly seasoned’, my mouth was watering. I walked away from that conversation changed; how I thought about food and how I looked at Australia. That whole conversation rattled me, that I could be in a country and not even have touched on that, but the greater problem was: ‘Why isn’t this knowledge more well-known?’”

It’s a slippery topic to unravel but one thing most chefs today agree on is that Australian cuisine is a multicultural mix, built on the working back of those who have populated the country. Modern Australian cuisine gives them creative expression.

Sri Lankan-born Chef Rishi Naleendra who moved to Australia in 2004 and now runs ‘Cheek by Jowl’ restaurant in Singapore with his wife where he won a Michelin star in the restaurant’s first year of operation in 2017, said, “One great thing about Australia is having the freedom to be the person you want to be, with or without cultural influence. I call the food I serve Modern Australian because of the freedom it gives me.”

Some have described that freedom in more colorful terms.  Australian-born, Chef Dylan Jones of Bo.lan in Bangkok identifies Modern Australian cuisine as “the bastardisation of several cuisines incorporated into one.  It is without rules or boundaries.”. He offers, Cheek by Jowl and Burnt Ends which is also based on Singapore as an example.

Whilst Modern Australian doesn’t necessarily mean launching into the stratosphere of fine dining, many a pub, cafe or bistro in Sydney, Melbourne, or even Brisbane or Perth, will serve revisited Australian classics like meat pies, sausage rolls or fish and chips using high-end produce with a gourmet twist.

But not all Aussies are embracing the hype, and the corresponding the price-tags, of reinterpreted Australian classics. As quoted in an article ‘Australian Food Has Become Too Gourmet’ in the Huffington Post Australia, trend forecaster Michelle Newton said, “Some pubs have done a great job in creating incredible gourmet menus. But many of us go to a pub wanting nostalgic food. You need simple menu items so people can hark back to comfort food. But, on the other hand, we prefer a modern twist. […] We’re becoming difficult to please.”

One post on social media that more than reflects Michelle’s sentiments was a deconstructed Vegemite sandwich that went viral. The photo, taken at Core Espresso in the coastal city of Newcastle in New South Wales, depicts a wooden board with two slices of toast, a scoop of butter and a rather dubious smear of Vegemite, valued at 7 Australian dollars. Netizens hit back with expressions of ridicule and outrage. Others shared their deconstructed or over-prepared meal experiences. Many believe cooks are being corrupted by internationally branded cooking reality shows, like Top Chef from the US and Masterchef from the UK.

Dallas Cuddy, a Sydney-born chef who has worked extensively overseas in Michelin-awarded establishments and is well-versed in Modern Australian cuisine tells Bangkok Foodies that “without the weight of a long food history bearing down upon us, there’s an open mind to explore and experiment and eat what we like. This gives us immense freedom when it comes to food. Basically as long as it tastes good, there are no cultural food prejudices.”

On the topic of Modern Australian cuisine in our review of Freebird, the now defunct restaurant that Chef Dallas opened in December 2016 before moving on to other projects, we said, “What Freebird does have is what Chef Dallas Cuddy brings to the table. A uniquely competitive edge. One which is aptly pinned as “Modern Australian” cuisine. The cultural translation for “create whatever the f** you want” and by culinary standards, you’ve really nothing to live up to. It’s a blank plate. Let’s paint!” 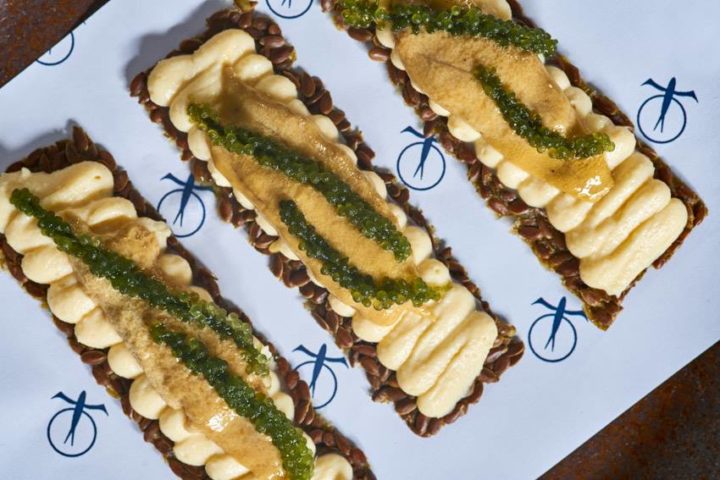 While creativity is definitely part of the mix, foodies don’t necessarily agree on what the definition of Modern Australian is. Sydneysider Cody Bryn Bangkok Foodies OFFICIAL member responded to a ‘Cheek by Jowl takes over Bo.lan’s kitchen’ event post with the comment “Would actually be interested to see what constitutes ‘Modern Australian’. I think Aussie cuisine is derivative and our best hits are takes on introduced food like Thai and Italian”. Another member replied to Cody’s statement with, “I’m curious also, but ‘Modern Australian’ methinks it’s something like Australian game meat and Australian indigenous flora and fauna converted into contemporary dishes.”

Like many chefs, Chef Rishi doesn’t believe that there is a line between Modern Australian cuisine and indigenous ingredients. He enhances his cuisine with some of Australia’s unique, exotic local ingredients. “We have kangaroo on the menu right now, and we have also have wattleseed jus, wattleseed negroni and have made cocktails using macadamia nut. I love wattleseed, finger lime and macadamia as they are versatile with a unique flavour profile.”

The nation’s past and present-day relationship with immigrants and indigenous people is anything but simple. But one thing a greater amount of Australians can agree on is the fact that multiculturalism in the kitchen and in society benefits the country and forms an integral part of its DNA.

Chef Dallas concludes on a positive note. “This is what sets dining in Australia apart, personally I thinks it’s some of the most exciting, inventive food being served in the world today. Basically we have been stealing the best culinary bits from everyone else and calling them our own”. Or as some foodies like Cody playfully sees it, “Fancy bush tucker as you will”. Possibly it’s Chef Rishi’s simple statement which hits the nail on the head. When asked to define Modern Australian cuisines, he replied that it is “Influenced by people and cultures.”