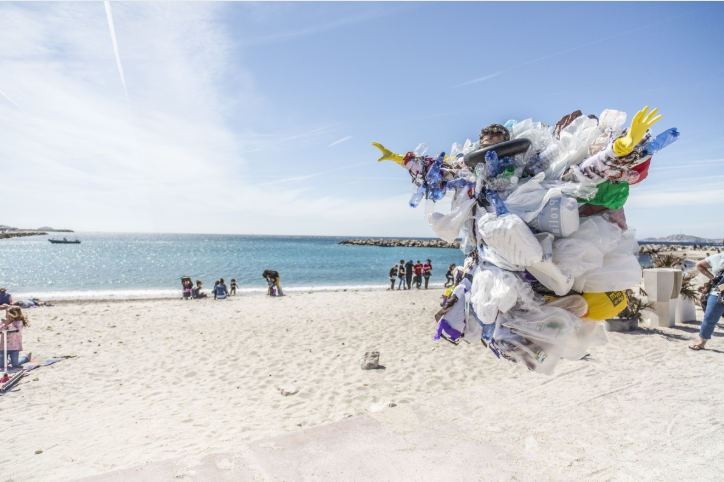 How many of you have gone to the beach and been horrified at the amount of plastic wedged into the sand or floating in the sea? I would say most of you have had to confront this ugliness on Thailand beaches, and the fact of the matter is, littering from beachgoers is only a small part of the issue. It’s the amount of plastic that is being “consumed” (and spat out) by large groups and corporations, namely convenience stores, supermarkets, and hotels that is ending up on the shores, often by way of disposal mismanagement than by individuals.

The best way to avoid this is to face the problem head-on. That is to avoid the use of plastic altogether. Finally, some of the big players down south are doing something about it, but one can only hope that Bangkok’s bigwigs will also follow suit.

In a social media statement from the Phuket’s Hotel Association – “The fight against plastic pollution gains momentum when communities unite. Central Phuket has pledged to abolish plastic bags and the hotel members of the Phuket Hotels Association are also minimizing plastic in their properties.

In the days leading up to the grand opening of Central Phuket Floresta, the announcement came as welcome news. It is no secret that plastic waste is a huge problem in Phuket. It is estimated that 8 million metric tons of plastic end up in our oceans annually, and sadly, Thailand is one of the five countries that dump more waste into our oceans than anyone else.

Phuket Foodies had the opportunity to chat with Anthony Lark. Not only is Mr Lark a veteran of the hospitality industry, but he is also the Managing Director and General Manager of Trisara Phuket as well as the President of the Phuket Hotels Association. He shares some insight with us below. 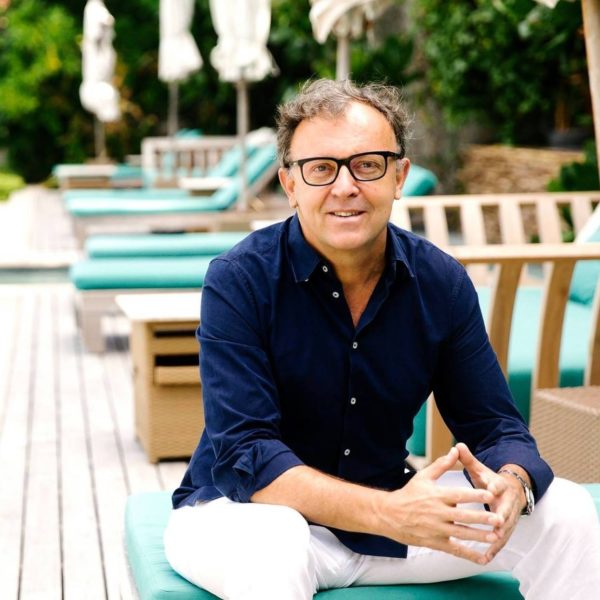 Why is there a serious need to cut single-use plastic bags in Phuket?

Anthony: I think it’s clear this is a global issue, not just our little Island. Evidence of what plastic is doing to the environment is clear and documented.

Further to getting rid of plastic bags, what are Phuket hotels or supermarkets doing to minimize single-use plastics for either food packaging or in hotel kitchens?

Anthony: I can tell you that hotels are starting to look at alternatives to SUP in all areas, kitchens, housekeeping and of course in drinking water bottles. Our members have made a pledge to remove plastic drinking water bottles over the next year, and many have already. Paper is replacing plastic straws, and all of us are committed to moving forward for the first time in finding alternatives to plastic wrap, plastic bags, etc.

Do you foresee anyone having an aversion to using their own cloth bag for shopping? What is the biggest “complaint”?

Anthony: No, I don’t think people will be averse to this. The fact that fabric bags are reusable and that supermarkets will eventually all offer paper or cloth bags to replace plastic is a trend that is growing.

Do you know if the cloth bags may also cause some environmental damage due to the production of making them comparative to plastic bags?

Anthony: I’ve never heard that cloth is damaging the environment. Cotton breaks down as its organic.

Why do you think Phuket has moved on so quickly with the movement compared to Bangkok?

Anthony: I can’t speak for the Bangkok hotels yet I know this movement is growing and that eventually, all hotels will create sustainability champions and the hotel owners will support the movement.

How difficult has this journey been for PHIST? Have organisations and the general public been forthcoming and what were the biggest challenges the organisation faced to get people on board?

Anthony: Change is always hard yet we are determined to make the case that the changes we are subscribing to make sense and in most cases will save the owners money. The biggest challenge was simply coordination of the efforts and creating information on green suppliers and distributing alternatives to plastic.

This campaign that Phuket Hotels Association launched with the Central Group is an incredible initiative. Can Phuket residents expect similar initiatives moving forward?

Anthony: Absolutely, the revolution has begun and when the major hotels and biggest retail group lead the charge, it’s a matter of time until others follow. This is very much about raising awareness as a first step to changing the way the community thinks. We all value the nature on our gorgeous Island and we want to protect our environment so that it doesn’t become an issue that eventually affects tourism, which is in everyone’s interests.